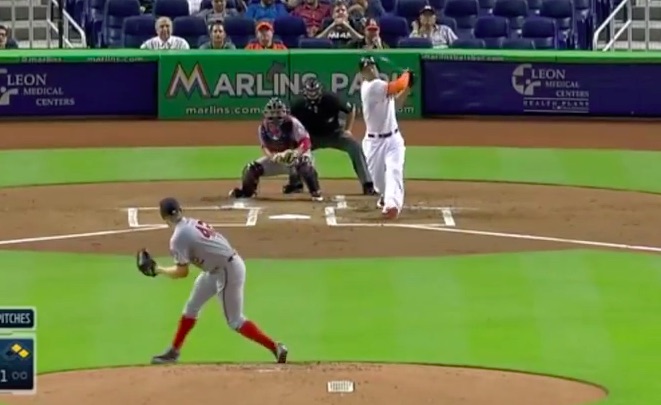 According to CBS’s Jon Heyman, the Giancarlo Stanton contract talks have escalated to a lofty 13 year, $325 milllion figure. Further, Heyman reported that the terms have been agreed upon and all that remains is details such as adding a no-trade clause and figuring out which year Stanton will be able to opt-out .

The Marlin’s will have to make the realization that if they pay Giancarlo Stanton this absurd amount of money, they better be ready to shell out the dough for quality players to put around him. They can’t have another $46 million payroll and pay one player $25 million.

Either way, I’m sure every small market team had their buttholes pucker when they saw this figure.

Please follow and like us:
Related ItemsGiancarlo StantonMiami MarlinsMLBSports
← Previous Story Kevin Love And Kyrie Irving Smoke A Joint In Their Postgame Handshake
Next Story → REPORT: Adrian Peterson Suspended For Remainder Of 2014 Season