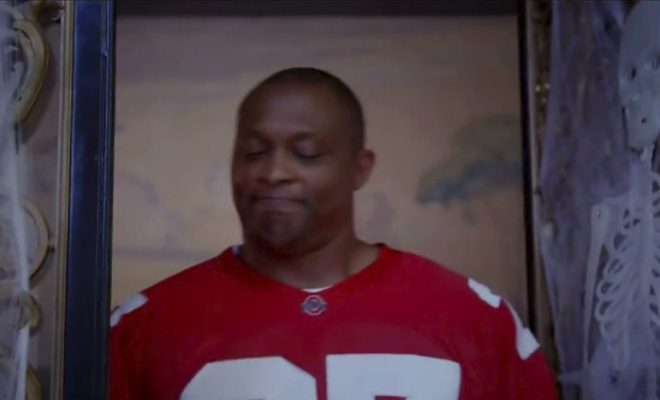 ‘Heisman House: Trick Or Treat’ Has Eddie George Hilariously Turning Down Kids Because Of Their Costumes

Former Ohio State University Heisman winning running back Eddie George is appearing in a new spot for the “Heisman House” campaign from Nissan. In this commercial, George shows the type of sentiment that every single Ohio State University fan would show to children that dared show up on their front steps dressed in such nonsense.

And before you get all butt hurt about tOSU and how you hate the Buckeyes, keep in mind Michigan fans would do the same thing.

I’d have to think if the same scenario played out with Alabama/Auburn, the kids dressed up in Tigers gear would end up being shot on the porch because Roll Tide.

And the people in the south are fucking crazy.