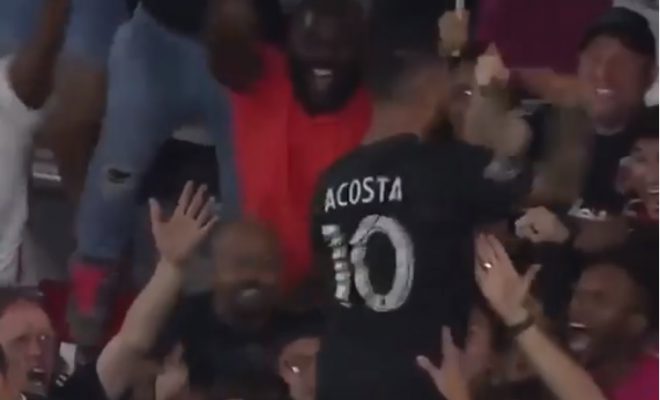 Wayne Rooney, England’s leading goal scorer, became a member of D.C. United over the summer and it hasn’t taken him long to let everyone know two things:

2.) He can make American’s look completely inept at soccer in 5 seconds.

Tied 2-2 and sitting back on a corner kick, Rooney was ready for an attack by Orlando City SC. Rooney told reporters after the game that he saw the play happening before it did, which is what prompted him to sit back on the corner in the first place.

“To be honest, I saw it happen before we took the corner. I normally go in the box for corners, that’s why I stayed out because I tried to anticipate something like that happening. I’ve seen it before in football. You just rust run as quick as you can trying to get back. I was hoping he’d take a touch and he did.”

Rooney’s hustle and long range pass to Luciano Acosta not only sealed the win over Orlando, but also gave Acosta a hat-trick. Which he celebrated accordingly.

While D.C. United sits at the bottom of the Eastern Conference standings, at least the faithful at Audi Stadium got to experience some vintage Wayne Rooney.

Related ItemsMLSSoccerSportsWayne Rooney
← Previous Story Who Will Top The Premier League 2018-19 Standings?
Next Story → Future and Current Odds Are Intriguing Plays for the Upcoming NFL Season