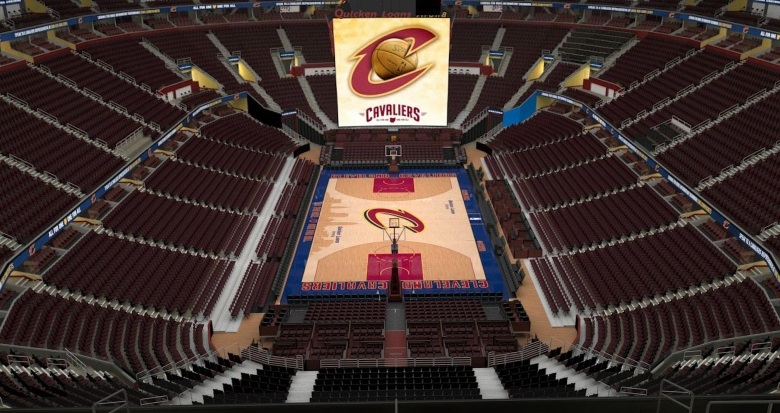 Well. This just seems a bit excessive. Shoot for the stars, I guess. Right?

Naturally, this person will not snag a cool $20M for their seats in section 217 at Quicken Loans Arena for Tuesday’s game six of the NBA Finals. But, you gotta have goals.

Instead, they will probably get around $200 each. But, if they keep their asking price high, they can avoid losing out if a bidding war erupts.

I assume. Otherwise I have no idea what the incentive is other than to attract a blogger to write about it. 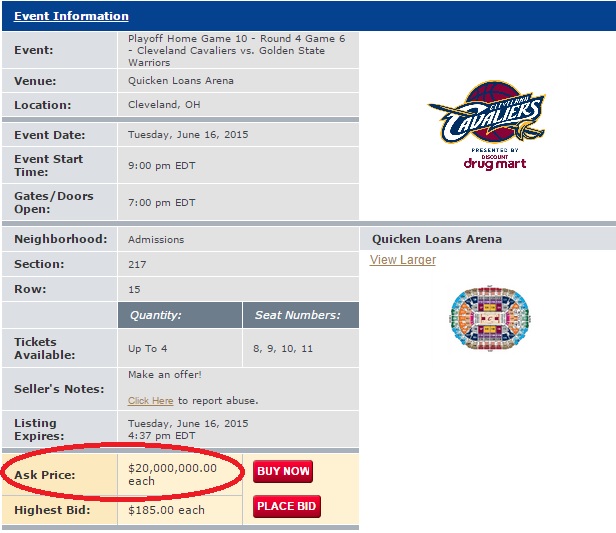 According to Seats3D.com, this is where the $20 million seats are located. No, it’s not on Gloria James’ lap, as I’m sure that is what you were thinking. 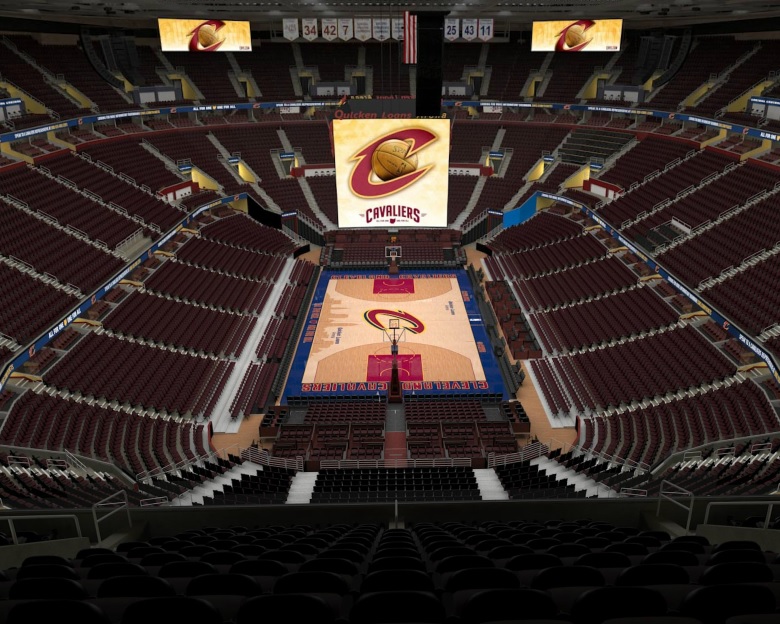 So let’s say you want to shell out the $19,999,999.00 for each ticket (you can’t bid at asking price, I don’t know why? Takes the fun out of it?). You probably forgot that little FlashSeats fee of 23% on transactions. The “connection fee” as they like to call it. Well, that’s going to run you another $9.2 million or so.

Throw in the sales tax at just a shade under 3/4 of a million dollars and you could be sitting in the second-to-last row, behind the basket, in the nose bleeds for a reasonable $49,936,000.74.

That kind of change can be found in the couch.

To be honest, the $185.00 per ticket is probably too steep for these seats too. Because again, when you factor in that connection fee, those $185 tickets just became roughly $228.00 each.

Even Live Nation would say that is absurd.

UPDATE: Forget $20M! How about $1 billion (that’s with a “buh”) for equally shitty seats? Because it’s fun, let’s look at the numbers to buy these seats too! 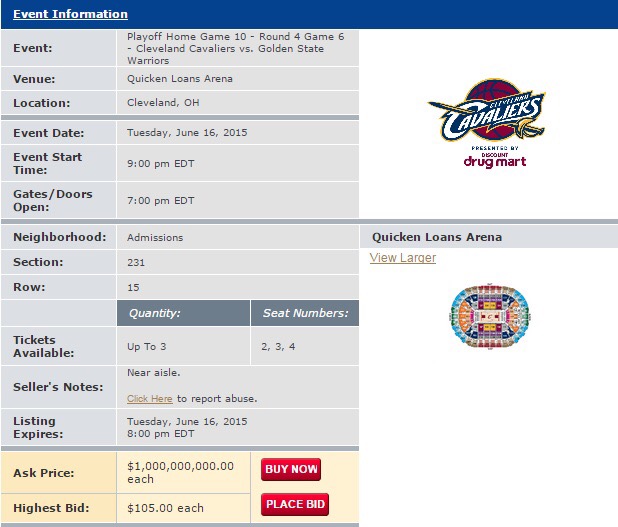 Uncle Sam really digs in with the taxes on these bad boys. Three seats at a billi a pop will run you somewhere in the neighborhood of $3.7 billion. Of course, Danny Gilbert will pocket a cool $690 million just for connecting you to the buyer as well. 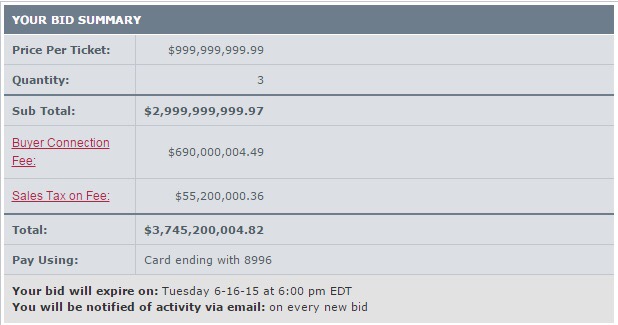