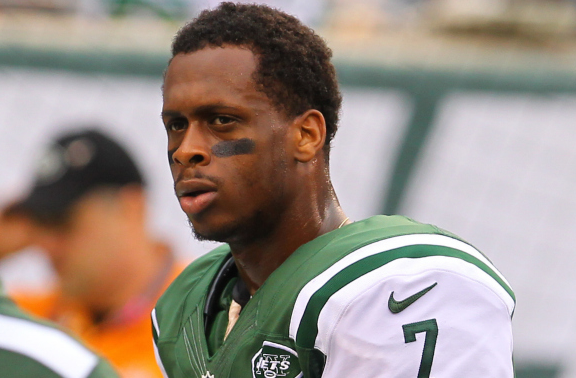 Despite the rumors about how the Jets’ Michael Vick would start Week 13 against the Miami Dolphins, coach Rex Ryan informed his quarterbacks Wednesday morning that Geno Smith would start on Monday after coming on in relief for Vick in last Monday’s 38-3 blowout loss to the Bills in Detroit. NFL betting lines for Monday’s game have not been released yet, but judging by the way Smith has played all season, I wouldn’t expect the Jets to be a favorite to win the match.

Vick, who got back in the starting lineup on Week 9  against the Kansas City Chiefs, was replaced by Smith in the third quarter of Monday’s game. Smith started the team’s first eight games, in which the Jets compiled a 1-7 record and he accumulated a 67.4 quarterback rating. The Jets were 1-2 with Vick as the starter.

Smith will be facing a Dolphins defense yielding 220.6 passing yards per game, which is the eighth-lowest total in the NFL. The Dolphins have allowed 20 passing touchdowns through 11 games.

“As an organization, all of our decisions are organizational driven. We just want to get Geno another opportunity to show what he can do. Obviously we like the way he finished last season. We’ve had some bumps in the road this year. We sat him down for a few weeks and we’ll see how he responds.” Ryan said Wednesday.

After a Week 8 loss to the Bills that dropped the Jets to 1-7,  Rex Ryan made the decision to bench Smith, who threw three straight interceptions. At the time, Ryan had little or no choice but to make the change, as the locker room had grown weary of Smith’s turnovers.

Vick went 1-2 as the starter. He had no turnovers in his first two starts, steadying the offense with his veteran leadership. But after a couple of games he started to regress. He did a terrible job on Monday night, completing only 7 of 19 passes for 76 yards and an interception.

Smith was called to replace him in the third quarter.