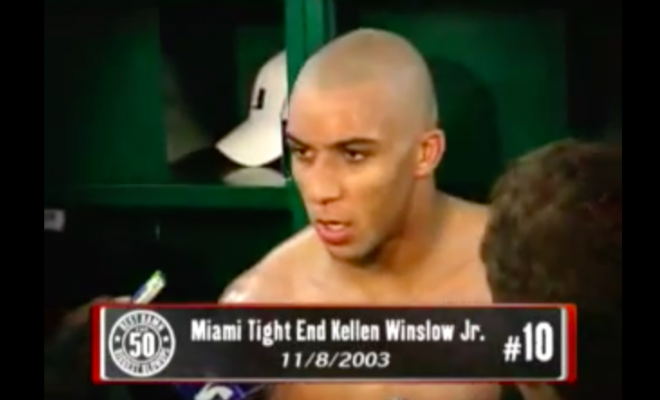 Why Not? Kellen Winslow Jr. Offers Up Some Advice For Johnny Manziel

Yes. That Kellen Winslow Jr. The former Cleveland Browns tight end who flipped over the handle bars of his motorcycle, tearing his ACL and ending up with a staph infection that cost him the entire 2005 season…has some advice for quarterback Johnny Manziel.

Johnny Manziel made the news again today after he had drinks thrown on him at a Houston nightclub over the weekend. His partying ways have been a black eye throughout his rookie season in the NFL.

I hate to admit it, but the former f*cking soldier of a tight end turned DJ, who once may or may not have masturbated in his car while smoking pot, might be on to something.