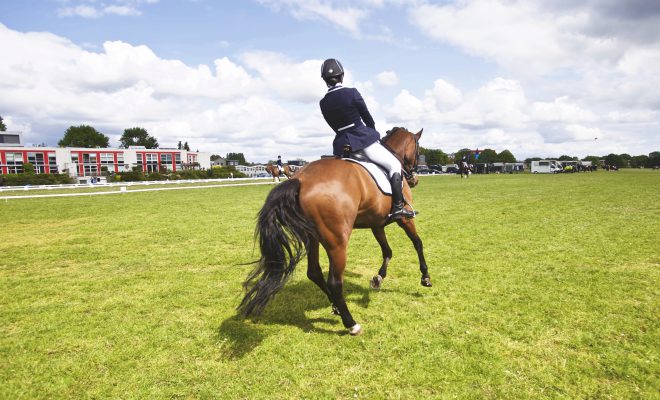 Kentucky Derby Preview: Back the Hometown Boys to Prosper

So it’s almost here: after all the excitement and the anticipation from the Road to the Kentucky Derby series, finally on May 6 the main event will unfold.

The 20 top points scorers from the series have been confirmed, and so the field is complete for this mouth-watering Grade 1 feature held at Louisville, Kentucky on the infamous Churchill Downs.

The Kentucky Derby was first run way back in 1875, and this 2017 edition is up there with the most eagerly anticipated in the renewal’s history.

The Kentucky Derby is contested annually by a field of 20 horses, and these are determined by the Road to the Kentucky Derby series which allots points based on performances in the bunch of qualifying races.

Punters hoping for an ultra-competitive renewal of the Derby are not about to be disappointed….

Girvin picked up the most points in the series, winning both the Risen Star Stakes and the prestigious Louisiana Derby, and he looks an intriguing proposition for the punters at 20/1.

Classic Empire looks a hot proposition at 7/1 too. He won the Breeders’ Cup in 2016 of course, and secured second spot in the series with victory in the Arkansas Derby.

Other notable winners on the Road to the Kentucky Derby were Thunder Snow (20/1), who claimed the UAE Derby, Irish War Cry (8/1) who took the Wood Memorial trophy, and Always Dreaming, who landed the Florida Derby and who has been installed as the 6/1 favourite for the Kentucky Derby itself.

In this ever-competitive race favouritism with the sportsbooks is far from being a mark of approval, however.

One horse who is garnering plenty of attention among the betting community is McCraken, who is available at a sultry 12/1 in the early ante-post going.

The Ian Wilkes trained three-year-old has finished inside the money places in each of his last five starts, with four wins backed by a third last time out in the Blue Grass Stakes where he was bested by another Kentucky Derby hopeful, Irap (25/1).

The key to McCraken is that he will be running on his home Churchill Downs track, and clearly that could have a huge say in the destination of the winners’ prize on May 6. His best run of five furlongs in little over a minute is an excellent split time that, as long as he stays on, could well see the colt enter the winners’ enclosure.

Trainer Ian Wilkes was aid to be beaming after that last workout on the track. “We’ve still got another work yet,” he said. “But you want to see that gallop out. He went 1:00 3/5 and then he still galloped out strong.”

It appears that all of the cards are in place for this horse to have a strong crack at the Kentucky Derby.

It seems as though a number of the Kentuckian schooled horses are garnering the most interest among punters and pundits alike, and another boasting home field advantage who simply cannot be overlooked is Classic Empire.

Available at around the 8/1 mark, this three-year-old comes from the John C. Oxley stable and has been trained by Mark Casse, so his credentials off the track cannot be questioned.

On it, he’s in fantastic form. That Arkansas Derby victory came just a fortnight or so ago, so he could not be in finer fettle heading to Churchill Downs. Prior to that were four victories and a third in six starts, including wins in the prestigious Breeders Cup and Futurity Stakes. Everything is moving in the right direction towards a tilt at the big prize.

There’s a fantastic bloodline here too, with plenty of champions sharing the same genetics as the Kentucky hopeful. He is sired by Pioneer of the Nile – who also bred the Triple Crown winner American Pharaoh, and his dam is Sambuca Classica, who herself has given birth to a number of high quality operators.

Any punters put off by the blinkers….don’t be. Those were introduced for the first time in the Futurity Stakes which he duly won, and also worn in the Breeders Cup where he bested Practical Joke by some seven lengths.

There have been setbacks, including a length lay-off due to a foot abscess and a pretty ponderous performance on his return from that in the Holy Bull Stakes, where he finished third.

But the old saying goes that you’re only as good as your last race, and the manner in which he blitzed the field in the Arkansas Derby suggests the smart money is on Classic Empire to build an empire of his own in Kentucky on May 6.

Related ItemsBettingKentucky DerbyRacing
← Previous Story It’s Not Just About The Clubs! Equipment That Every Golfer Needs
Next Story → Football Health And Fitness Tips