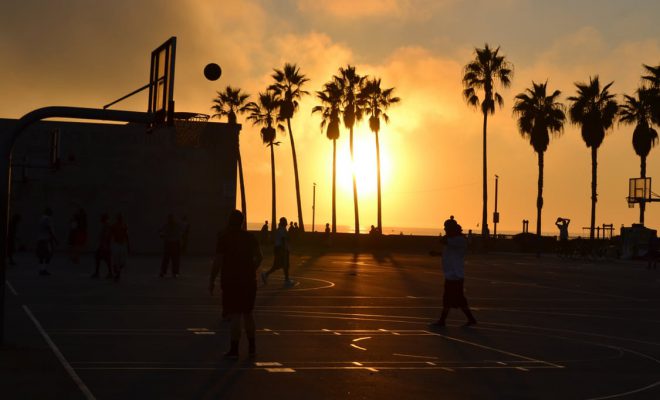 Looking Back at the Finest Sporting Moments of 2016

Goodbye, 2016 and hello 2017! As always, sports is filled with incredible moments each year and the start of a new year is the perfect time to reflect on some of the most awesome eye-opening events that flew by. Before you get ready to try out some new sports in 2017, let’s take a trip through memory lane and go through some of the most memorable moments of 2016.

Kobe Bryant has been part of the NBA for over 20 years, and 2016 marked his retirement as a player. He has remained loyal to the Los Angeles Lakers throughout his career and took Michael Jordan’s place as the legendary figurehead of basketball. Everyone, regardless of if they were into NBA or not, knew Kobe Bryant’s name. At age 37, he’s a five-time champion and 18-time All-Star. He’s also amassed 33,570 career points which is the third highest in NBA history. On April 13, 2016, during his last game against the Utah Jazz, he scored a season-high of 60 points and ended his career on a legendary win.

Michael Phelps has been a dominating force in the water for the past couple of years and he regularly makes sports news headlines. He’s currently the most decorated Olympic athlete of all time and recently broke a 2,000-year-old Olympic Record set by Leonidas of Rhodes in 152 B.C. He’s a truly one of the most incredible Olympians that the world has ever seen with an unprecedented 13 individual Olympic victories compared to Leonida’s 12. He’s the only swimmer to have won the 200m medley in four consecutive Olympic Games, and he holds more gold medals than roughly 66 different countries—now that’s impressive!

If Michael Phelps is the fastest man in the water, then Usain Bolt is the king of the land. Usain Bolt took home nine gold medals over the course of three successive Olympic Games, earning him a triple-triple gold status. He took home the gold three times in a row in the 100m, 200m and 4x100m sprint events. Unfortunately, Usain Bolt has said that was his final Olympic appearance, and the pressure is on to find another sprinter who is capable of filling his shoes. Without a doubt, Usain Bolt will go down in history as one of the greatest sprinters of all time—we are truly blessed to live in a time where both Michael Phelps and Usain Bolt are competing at different spectrums of the Olympic games.

On July 10, 2016, Portugal managed to snatch their first EURO Championship title from their French rivals in extra added time. Cristiano Ronaldo, their star player and captain of the team, was forced off due to an injury in the 25th minute. Thankfully, a late goal from his substitute, Eder, helped the Portuguese national team seal the deal and write history. What followed was one of the most emotional cup lifts that fans have ever witnessed, with Cristiano Ronaldo breaking down into tears as he proudly lifted the EURO trophy for his teammates.