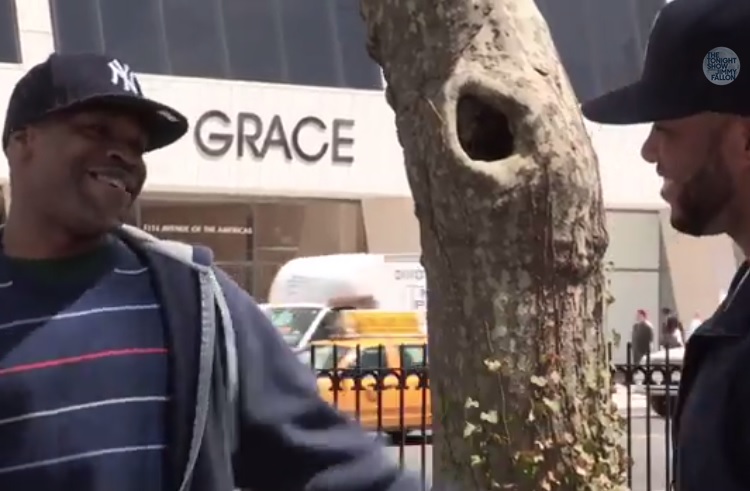 Robinson Cano left the New York Yankees this offseason for a 10 year $240 million payday with the Seattle Mariners. No one can sit there and tell me they wouldn’t leave their current job for a substantial pay raise, so don’t act all high and mighty. Not to mention it’s about time the Yankees got a taste of their own medicine.

/steps down off soap box/

Last night Tonight Show host Jimmy Fallon decided it would be funny to interview people in New York City and let them get their frustrations out by booing a big picture of Robinson Cano. Since Cano is in town to play the Yankees for the first time, Fallon had him hide behind the big picture and come out after the people booed.

The reactions are priceless. To be honest, though, if I did this to a LeBron picture in Cleveland, I don’t know what my reaction would be. I would like to say I would boo him to his face, but who knows. Check out the video below.