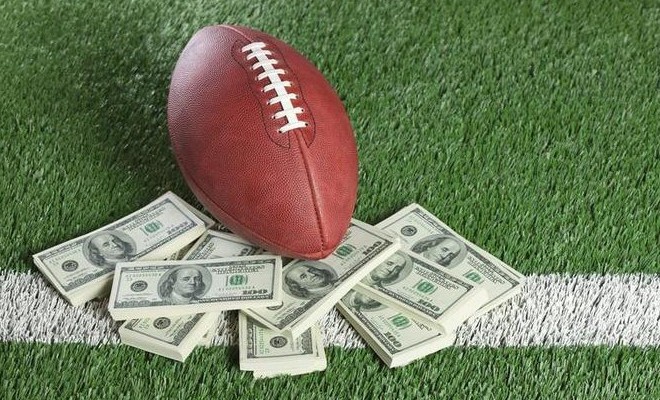 Jared Diamond of the Wall Street Journal this week reported on findings from Ryan Brewer, an assistant professor at Indiana University-Purdue University Columbus, who determined the valuations for the nation’s top college football programs.

Based on Brewer’s findings, The Ohio State University football program — even before winning the National Championship — had moved to the top of the list. Their valuation came in at a lofty $1.1 billion.

These valuations were calculated by analyzing each schools revenue and expense reports. Also included in each figure was growth projections, risk assessments and cash-flow adjustments.

The idea was to come up with a realistic number that could represent a selling price of each program as if it were a professional sports team.

Michigan — that team up north — came in second at just under a billion at $999.1 million. Both Ohio State and Michigan knocked off the three time champion Texas Longhorns who still increased their worth by nearly $100 million but failed to top the list with $972.1 million.

The article cites the uptick in cost of professional sports franchises as one of the reasons the college programs have become more expensive. They aren’t wrong, either. Even the Cleveland Browns sold for $1 billion.

Here is the top 10 most valuable football programs: 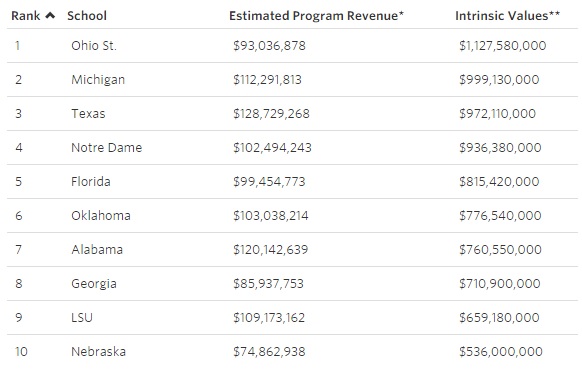