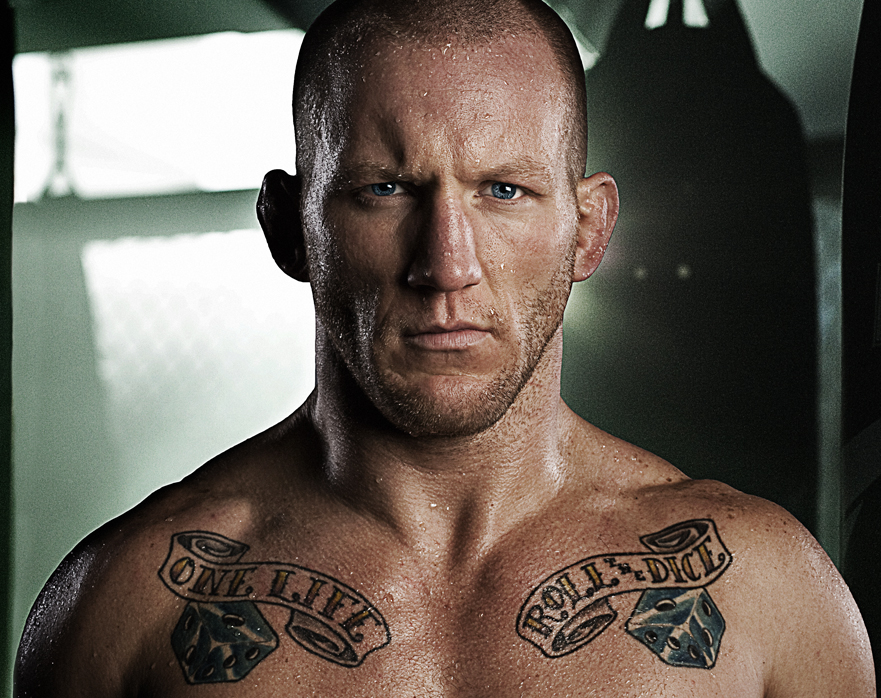 Q&A With Gray Maynard Ahead Of UFC 125

This weekend marks the beginning of the new year.  It also marks the first UFC fight of 2011 in UFC 125: Resolution.  A lot of people have had this marked on their calendars for quite some time.  This fight card is exceptional with the main event bringing the most hype.  The main event features two lightweights at the top of their games.  Frankie Edgar and Gray Maynard.  Edgar had a fantastic 2010, beating BJ Penn twice, winning and subsequently retaining the Lightweight Championship.  Once thought unbeatable, Frankie Edgar dismantled The Prodigy.  An equally great year was had by Maynard as well as he also went 2-0 on the year.  His most notable victory came in August against Kenny Florian where he controlled every facet of the fight.  After beating K Flo and Edgar beating Penn (again) during the same event, the championship bout was set.

Fast forward to today and we are sitting just outside of 5 days until the Lightweight Championship match.  What makes this even more of a fascinating fight is that Frankie Edgar is 14-1-1 and Gray Maynard is 10-0-1.  Maynard’s only blemish on his record is a no contest call from a fight during the semifinal on the 5th season of The Ultimate Fighter while Edgar’s only blemish is a loss he faced at the hands of Maynard.  Maynard is the only fighter to defeat Edgar and I am sure that is something that is not lost on Edgar.

Thunder Treats got the opportunity to talk with Gray Maynard about the upcoming match and the interview is show below.  We interviewed Gray back in May as well, so be sure to check that out.  Enjoy..

TT: Describe the feeling you get when you think about the opportunity you have here.  The Main Event for UFC 125 and a shot at the Lightweight Championship is a dream come true I am sure, but how have you been keeping your head on straight and staying focused?

GM: This opportunity is huge and I am very excited about it.  But I know i got a tough fight ahead of me so I focus on the day to day preparations rather than the big picture.

TT: UFC 125 is at the Grand Garden Arena in the MGM Grand in Las Vegas.  Do you have a favorite place to fight or a place you are more comfortable fighting?  Does the location make a difference to you?

GM: I will fight anywhere but it is always good to be home.  I don’t have to deal with traveling.  I also enjoyed fighting in Ohio.  That was great to be in front of such a great crowd of people.

TT: What sticks out in your mind about the first fight you had with the current lightweight champ Frankie Edgar?

GM: It was a good fast pace fight.

TT: How have you changed as a fighter since you took down Edgar?  How do you think Frankie has changed?

GM: Anytime you are going up against top competition you evolve with each training camp in all areas.  Frankie and I have both been working our way through a tough line up of guys.  So we both have evolved as fighters, competitors, and athletes.

TT: What expectations do you have for this fight?  Is this going to be more of a stand up blow for blow or do you think you will spend more time on the ground?

GM: I cant predict where the fight will go.  All that I can do is be prepared for it to go anywhere.  I do think it will be a fast paced exciting fight and I will come out with the win.

TT: Are you content with the camp you have run?  Do you feel you have done absolutely everything to give yourself the best chance to win?

GM: YES!  I have trained hard day in and day out and worked with great coaches Gil Martinez for Boxing, Sean Spangler for Jiu Jitsu, Jamil Kelly for wrestling, and Luke Richesson and Jake Bonacci for Strength and Conditioning

TT: How does it feel to have the opportunity to bring a legit Championship to the city of Cleveland, Ohio?  We have been waiting 46 long years for a title and now we can almost taste it!

GM: I am honored because a piece of my heart belongs to Ohio.  My family still lives there, I grew up there, went to St. Eds, and am proud to say I am from Ohio.  My fans from Ohio are some of the best down to earth people you can come by and die hard supporters- they deserve to have a championship!

TT: How’d you get the nickname “The Bully”?

GM: In college I knew a guy that had a couple pit-bulls and a bull terrier. I ended up stealing the bull terrier because they were stuck in the back yard and he would fight them and shit like that. So I stole him. I didn’t know what the fuck I was gonna do with a dog in college. Obviously he had no manners whatsoever. He was a backyard brawler dog—muscle, testosterone, you know. I had a lot of incidents but I learned how to train the dog, and he was always “the bully”. So I just got the nickname “The Bully” because I had a dog that was a bully and I’d go so hard when I trained. It’s more a joke. I’m not really a bully, but if we fight, you better believe I’ll be a bully. I like to think of it now, that I “Bully” my way to my goals!

TT: Do you ever feel pressure from the crowd or fans to put on a good show when you fight?

GM: It is always in the back of my mind.  But when you go up against top competition you have to be prepared for a tough fight and stick to your plan wether it is crowd pleasing or not.

TT: We have seen different fighters move up and down weight classes with various results.  Do you think you would consider moving up or down a weight class?

GM: I am just concentrating on my wight class and winning the light weight belt and keeping it for now.

TT: What would be your idea of the a super fight in the UFC?  Is there a matchup that you would really like to see?

GM: I am pumped about the dos Santos and Velasquez fight.

A big thanks to Gray Maynard for taking the time to talk with us!  We got to meet Gray at the UFC Fan Expo in June and he couldn’t have been a cooler guy.  We wish him nothing but the best and hope he will come back and talk to us after he is wearing that belt!

Here’s an earlier interview with did with Gray too