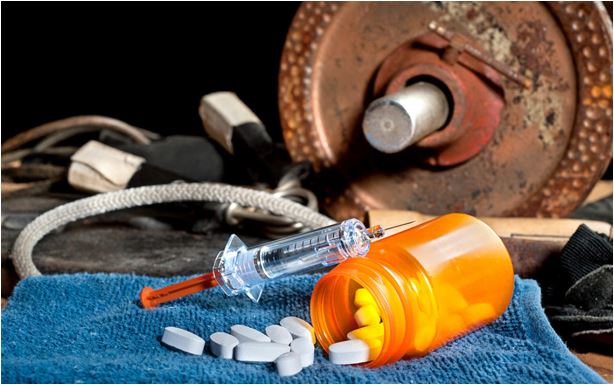 Officially, steroids are known with the acronym AASs; which stands for anabolic androgenic steroids. These substances are meant to mimic testosterone, being artificial versions of the real thing. It is a necessary intake for people with a depleted level of the hormone. So, they could come as supplements meant to replace depleted stores or to top-up the little natural levels of the hormone. You can read here for more.

Like you may know, testosterone is a trademark of the male body. The regular male has in his body, of this hormone, something between 300 nanograms to 1000 nanograms per dL (deciliter). In male growth, at puberty, this is the hormone responsible for those changes you see and identify as masculine. The deepening of the voice, a hairier body and an increase in the testicles of sperm production are all examples of what the hormone does to the male body.

Testosterone is however not limited to the male body. Female bodies equally produce it, although in much smaller amounts. In a female body, it helps keep the bones strong while also aiding the healthy sexual function of the body.

When testosterone is higher than ordinarily required in the body, as when it happens by steroid use, it can be helpful in the creation of proteins that are supportive to:

This is one reason athletes, especially bodybuilders, associate with steroids. Some see a direct relationship between anabolic drugs intake and the increase in muscle growth and strength; that is, the greater the intake the greater the muscle growth and strength. You now know why they are labelled as performance-enhancing. You can learn more about its benefits here: https://www.momsteam.com/team-of-experts/steven-horwitz-dc/performance-enhancing-drugs/what-are-anabolic-steroids-and-how-do-.

Be Mindful Of Side Effects

Anabolic steroids when used in little doses, and for short time, do not have a high risk of harmful or long-term effects; especially when done under the auspices of a doctor. There are many factors that influences how steroids affect you, and genes are part of them. You should also look out for the ratio of anabolic components of your drug to its androgenic components.

As the anabolic components are there to help your muscles grow, and the androgenic components on their own boost your male characteristics (like sperm production and hair growth), their ratio can help you know what to expect in the drug.

Regardless of ratio, genes, or any other factor, a use of steroids in high amounts (even within short times) or use for long periods can bring about many side effects which include:

Side Effects in Women

Side effects are not limited to men. Women equally have side effects from steroids’ use peculiar to them. These include:

Steroids have received much knocks. Are these knocks truly justifiable? They have been subject of much scandals involving sporting leagues and tournaments. They have equally been the theme of so much jokes involving bodybuilders, weightlifters and other users of steroids for performance, with respect to the effects these substances have on them. It may seem, on the first look, that these substances do not come with good reputation.

It should be noted though that when taken under the supervision of a medical personnel, in moderation, these substances are actually safe for use. Like any medical drug can be dangerous when abused, these can equally be dangerous with abuse and misuse. High dosages and long intakes! Read more in this article.

Get your doctor involved before you begin a journey with steroids. It would be his job to use his medical expertise, with your own medical history, to fashion out a routine suitable for you. You get the best results when you have specific recommendation from an expert. It is good to impress people with your bulk. It is however better to stay alive and well after having impressed them.