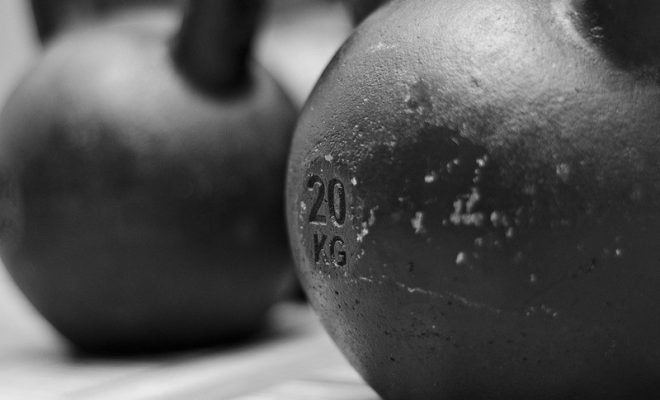 The physique of an NFL player is one that shows the results of a lot of strength, power and speed training, and these are factors that can be useful additions to any fitness program or sports training. While some NFL players might take a few weeks to allow their bodies to recover at the end of the season, training is a constant in the players’ lives.

What kind of training does an NFL player do during the off-season, and are there are any aspects of it that you could benefit from working into your own fitness routine?

Training coach to many of NFL’s star players, Brett Bartholomew, advises that anyone looking to achieve muscle build or strength capability should bear in mind the principle of progressive overload. Put simply, you apply a stressor to your body, then allow it time to recover. As your body’s ability adapts, you can gradually intensify the stress with greater weight or speed and the duration for which you apply the stress.
And during those recovery periods, you can turn your attention to thinking ahead about the upcoming NFL season in September. The New England Patriots are favorites to repeat their 2016 success next term, with the NFL odds on bet365 pricing them at +350 to win the AFC East.
Returning your focus to training, you may want to read up on individual players’ training strategies and adapt them for your own fitness program.
The other principle to apply when training is SAID (specific adapations to imposed demands). Again this is straightforward stuff – if you want to work on a particular capability or muscle system, you need to be specific in the training that you choose to do.

For some endurance athletes the concept of strength training can be off-putting as they equate it with mass, but the two don’t have to go hand-in-hand. You can build strength without necessarily gaining mass, if that’s not what you’re looking to do. What strength will always do though, is help prevent injury.
Often an endurance athlete will go for low-weight and high-rep training. However, if it’s power you’re after for a sport such as climbing or cycling, or you run and therefore need your body to cope with repetitive force, then sticking to three to five reps of heavier loads may be more beneficial.
Anyone wishing to change their approach in strength training should be careful to adapt to fewer reps with a slightly increased weight, allowing their body to adapt. When you’re used to different movement patterns, you can incrementally increase the weights you’re using.

If you only do one exercise ….make it a squat!

For an all-round exercise that will improve speed, power and strength at the same time, do squats – and lots of them. Squats are also great for hip mobility. For someone new to squats, the goblet squat is a great place to start as it minimizes the risk of injuries and guides you into a great squatting position. A full lower body workout on its own, once you’ve got the knack of the goblet squat, you can also add weights.

Robert Mathis may be in the beginning phase of a coaching career #ColtStrong https://t.co/Ld1uJykZZo pic.twitter.com/uhKB4Ptmgf

For former Indianapolis Colts defensive player Robert Mathis, leg strength was vital in his game. His training was always focused on being able to explode into action when necessary to face the opposition or run back. In order to maximize his lower body strength, he swears by power cleans, lunges, squats and step-ups. Now he’s in his 30s, though, Mathis is conscious of protecting his knees, so no longer does deep squats. Instead his emphasis is on quad strength.

First and foremost, train with a purpose

Whatever training you’re doing, the effects will be so much greater is you put intention behind each movement. That means making every rep count, with your complete focus on the task in hand. As an example, as you do a push-up, don’t just think about lifting your body back up, focus on ‘pushing the ground away’ with each repetition as well.
Whenever you make any changes to your routine, think them through. Don’t just jump on the latest exercise or training trend – it may not be the right one for your training aims. What works for an NFL player may be great for what they’re looking to achieve; but before you start to do the same thing, make sure it’s what you actually need.

Please follow and like us:
Related ItemsexerciseNFLWorkout
← Previous Story Sociable Sports That Build Muscle (And Friendships)
Next Story → Hitting The Gym: What Do You Need In Your Bag?