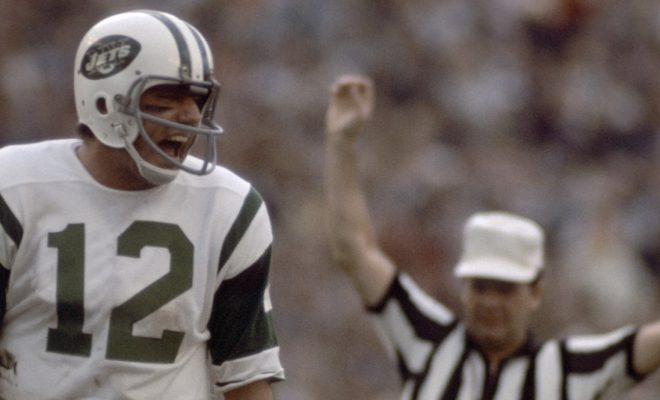 Disrespected by bookies and loved by fans, underdogs hold a special place in the hearts of NFL aficionados. Football is already a brutal, physical sport, and mismatches at the top level often result in corporeal punishment for the team with less talent. When underdogs have their day in the sunshine, it’s almost always a result of trenchant hard work and an insurmountable spirit.

Super Bowl LI doesn’t feature a severe mismatch: the New England Patriots are considered a three-point favorite to win the championship game over the Atlanta Falcons, with the line trending towards a 3.5-point spread. These types of Super Bowl odds have changed greatly over the past two decades, with big spreads becoming a thing of the past. Only one of the five biggest point spreads in Super Bowl history has resulted in the favorite beating the projected margin, revealing one of the strongest wagering trends in the championship game.

The 1995-96 Dallas Cowboys were bursting with talent and confidence, already having won a pair of Super Bowls over the past three years. The squad included Emmitt Smith, Troy Aikman, Michael Irvin, Deion Sanders, Charles Haley and Larry Allen, all bound for the hall-of-fame. Pittsburgh fought hard to make the championship game, but simply didn’t have the talent to compete.

Nonetheless, Bill Cowher’s Steelers managed to play better than expected, resulting in a 27-17 game. Dallas won their third Super Bowl of the decade, but anyone who bet on the Cowboys beating the spread experienced the disappointment of falling short by a few points.

The road to the Super Bowl is a perilous, difficult path. Only the best NFL teams tend to be able to make the championship finals, so a point spread of two touchdowns requires specific circumstances that add to the mismatch on field. Super Bowl XXXI was a perfect example of both factors combining to guarantee yet another uncompetitive matchup.

Prior to the game, reports were rampant that head coach Bill Parcells was about to head to a new team, spending his time negotiating with the Jets instead of concentrating on the Super Bowl. This speculation was fueled by the feud between Parcells and owner Robert Kraft. Making matters worse for the Patriots, the Packers lineup included Reggie White, Brett Favre, Antonio Freeman and Desmond Howard. On the field and off, all signs pointed to an underwhelming Super Bowl dominated by Green Bay.

Which is exactly what happened – the Packers beat the Patriots 35-21, resulting in a push. In fact, Desmond Howard’s 99-yard return put the game away in the third quarter, breaking the spine of the Patriots with a record-breaking touchdown return. For the rest of the game, punters held their breath, and nothing happened.

This was the first-ever Super Bowl to be determined by the final play, but fans of betting on the NFL were feeling the pain long before the game ended. Those who wagered on the Rams beating the spread were already horrified at the fact that the game was 17-3 for the Patriots in the third quarter, after sportsbooks slapped a two-touchdown point spread against New England before the game. When Adam Vinatieri split the uprights to win the championship, mounds of salt were poured into the wounds of NFL fans around the world.

Before the game, Kurt Warner finished with the best numbers of his career, while the Patriots were considered lucky to make the finals. During the conference championship game, the Patriots were the beneficiary of a controversial call that reversed a fumble given up by the Raiders. As a ‘Cinderella team’, winning despite backup Tom Brady filling in for Drew Bledsoe, the Patriots weren’t supposed to put up a fight.

Of course, Tom Brady and Bill Belichick ended up winning their first of four Super Bowls in six overall appearances in the final game. Brady earned his first Super Bowl MVP trophy mostly on the strength of the game winning drive, clinching the ring in the last minute and a half of game time.

The first few Super Bowls were terrible mismatches on paper, resulting in a spread greater than 10 for the first four championship games. Super Bowl III was supposed to be the worst of the early mismatches, with the Baltimore Colts considered extremely heavy favorites over the New York Jets. An 18-point spread was attached to this matchup, mostly because AFL teams weren’t considered competitive against NFL teams. Inflating the spread were the pair of dominating wins the Colts pulled off to make it to the championship game.

None of this mattered to Joe Namath, who got drunk three days before the game and confronted a Colts fan by stating, “we’re gonna with the game. I guarantee it.” The rest of the Jets were angry at the disrespect implied by an 18-point spread, making the spread a motivation for the entire team. Namath and the Jets would go on to beat the Colts for the biggest spread upset in Super Bowl history, defeating the Colts by a score of 16-7. Now a part of NFL lore as “The Guarantee”, Namath’s drunken boasting is held up as an example of great leadership in professional sports.

As one of the most pleasant surprises of the 1994-95 NFL season, the San Diego Chargers exceeded all expectations, making the Super Bowl despite an underwhelming squad. Their reward? Steve Young, Jerry Rice, Deion Sanders, Rickey Jackson, Richard Dent and an 18.5 point spread favoring the 49ers.

The 49ers were still considered to be one of the very best franchises in the NFL, quickly passing the torch from Joe Montana to Steve Young. In fact, the NFC Championship game was believed to be the real championship game by the press, because the AFC didn’t have any team which could possibly match the top teams of their rival conference.

There was no hero to save the Chargers from the onslaught of the 49ers, as Steve Young threw six passing TD to set a record, notching a 134.8 passer rating – good for fifth best in Super Bowl history. Towards the end of the third quarter, San Francisco opened a 32-point lead, making the bookies look like geniuses. Jerry Rice would score a pointless touchdown in the fourth, placing the spread beyond doubt.

Please follow and like us:
Related ItemsAtlanta FalconsBettingNew England PatriotsNFLSuper Bowl
← Previous Story How Golf Is Leading The Way In Sports Technology
Next Story → Weird Stuff That Happened In Baseball In 2016 We Will Never See Again