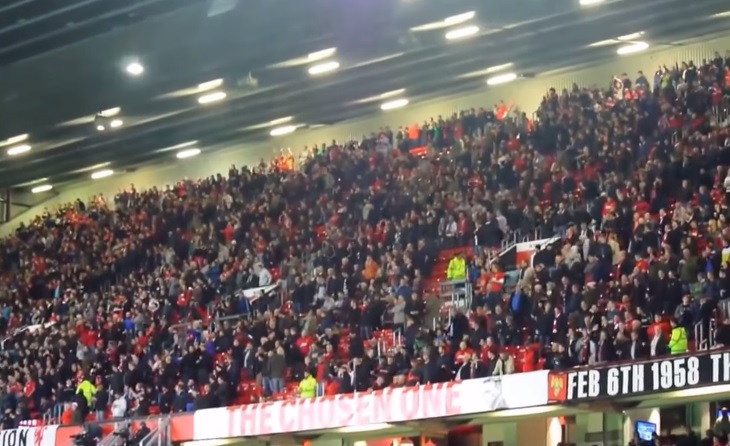 Here in America, we have certain stereotypes we associate with different groups of sports fans, fairly or unfairly. St. Louis Cardinals fans are the “smartest fans in baseball,” all NASCAR fans are rednecks, Oakland Raiders fans are biker gang rejects from the Mad Max films,Drake roots for whoever is winning, stuff like that.

Well in England, where soccer is king, they recently conducted a survey of 200,000 people to compile profiles of the “average” fan of various teams, and the results are kind of fun.

For instance, fans of Arsenal come off as high brow, eating Coq au Vin while reading the most recent copy of The Economist. They’re also about the only people on earth that can stand Gunners fan Piers Morgan on Twitter, and also show a surprising affinity for former Arsenal striker and current Manchester United player Robin van Persie, who has yet to lose a match at Arsenal’s home ground since joining the Red Devils in 2012 (that might change this weekend, however, as bookmakers on Gambling.com have Arsenal as 6/5 favorites against a very hurt Man U squad in their match preview). If van Persie plays a roll in drawing points away from the Gunners once more, maybe his follower count will finally go down among the Emirates faithful.

Speaking of Manchester United, the most popular team in the EPL has fans that love soap operas and tabloids, as they devour Coronation Street and the most recent issue of The Sun. All those old newspapers can then be used to line birdcages, since birds are the pet Devils fans are most likely to own. Most bizarrely, Man U supporters count Home Alone 2 as one of their favorite films, which just seems incredibly random.

Liverpool fans love beauty products, Chelsea fans are cat owners while Newcastle supporters prefer dogs, Rangers fans don’t diet, lovers of Celtic rock out to Rod Stewart, and Milwall F.C. fans have a weird obsession with butter, listing four different brands of butter among the top 10 overall brands they are customers of. All of that and much more is among the information gleaned from the survey, giving a fascinating glimpse into the makeup of the different fan bases in the United Kingdom.

You can check out the interactive profiler here, which is an interesting way to kill some time. Now the question is: when will someone get to work on a survey like this in America?