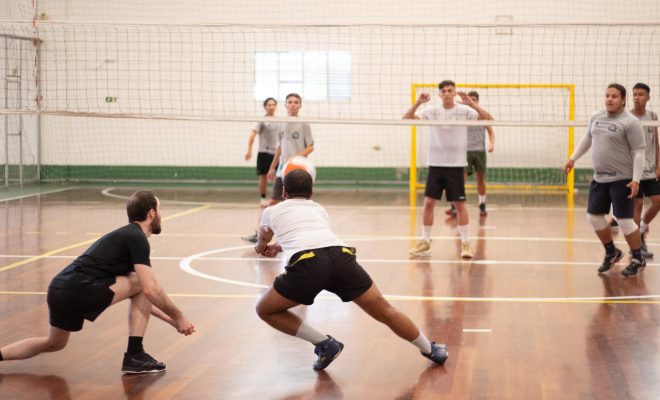 Top Men’s Volleyball Players to Bet on in 2020

Volleyball is a game that can sometimes be overlooked in favor of more popular sports, such as football and tennis. Yet, if you were to take a look into it, you’ll find that this can be quite the exciting and entertaining sport to bet on. Of course, if you’re unsure of which players to back, then perhaps a bit of inside information on them will be handy to read. So, here are some of the top men’s volleyball players around the world at the moment.

Gavin Schmitt began his volleyball career by playing for the Saskatchewan Huskies, and then went on to win the silver medal with the Canada men’s national volleyball team when competing at the 2013 NORCECA Volleyball Championship, which occurred in Langley, Canada. Between 2009 and 2012, he played for the Daejon Samsung Bluefangs as part of the South Korean V-League. In the 2014 World Championship in Poland, Schmitt led the Canadian national team to a seventh-place finish – the country’s best ever result.

This Iranian volleyball setter is the captain of the national team for the country and he was named as the best setter in the 2014 World League, as well as in the 2008, 2012 and 2016 Olympic qualifying tournaments. Not only that, but Marouf was considered as the most valuable player at the 2013 Asian Championship. He would go on to sign a one-year contract with Zenit Kazan of the Russian Super League, and that contract was worth over one million dollars, making him one of the world’s highest-paid volleyball players in 2014. After the 2019 season, Marouf transferred to the Chinese Volleyball Super League, playing for Beijing BAIC Motor.

Ivan Zaytsev currently plays for Modena Volley of Italy, the country where he was born to Russian parents – both of whom were also sports competitors. He began his volleyball career in 2004 as a setter, but he later moved on to the role of outside hitter. Zaytsev has frequently been called Italy’s best volleyball player and best scorer. In the 2014 World Championship that was held in Poland, he led his team in the first round, although ended up suffering an ankle injury in competition against the US. He claimed a silver medal in the 2016 Rio Olympics and has appeared in many advertisements for companies such as Red Bull and Toyota.

Poland is responsible for having some of the world’s best volleyball players in general, but perhaps none of them are as exceptional as Mateusz Mika. He’s a member of the Poland men’s national volleyball team and the Polish club Indykpol AZS Olsztyn. Mika also participated in the Rio 2016 Olympic Games, was a 2014 World Champion, a Polish Champion in 2012 and a bronze medalist at the 2011 European Championship. He remains active in 2020, and with all of those accolades already garnered, he’s sure to be in line for additional achievements.

Should you have an interest in betting on volleyball games, then there are multiple locations that you can do so at. One site that we recommend though is 1xBet, and there’s even a mobile app for you to utilize for this, too. If you want to know the way how to download 1xBet app, then you’ll find a guide that makes things easy. With this on your smartphone or tablet, you can place volleyball bets from any location where you have a connection. So, you need never miss out on betting on your favorite sports ever again.