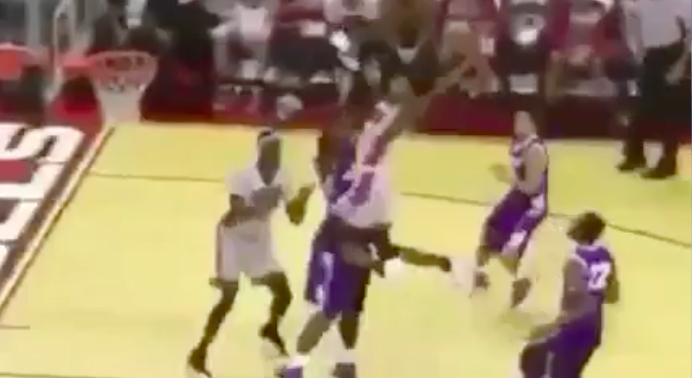 Earlier this year, we showed you the dunk contest that was going on during Rebel Madness before the UNLV basketball season. It featured Derrick Jones dunking over his teammates, including seven-footer Stephen Zimmerman. While the dunk was impressive, it wasn’t during a game. So what could we expect from Jones this season?

No more worries as he showed us last night. A word to the wise, get the hell out of his way if he is coming down the lane.

Please follow and like us:
Related ItemsCollege BasketballMen and WomenRunning RebelsUNLV
← Previous Story Your Completely Out Of Touch Picks For NFL Week 10
Next Story → Most Valuable Positions To Sports Bettors