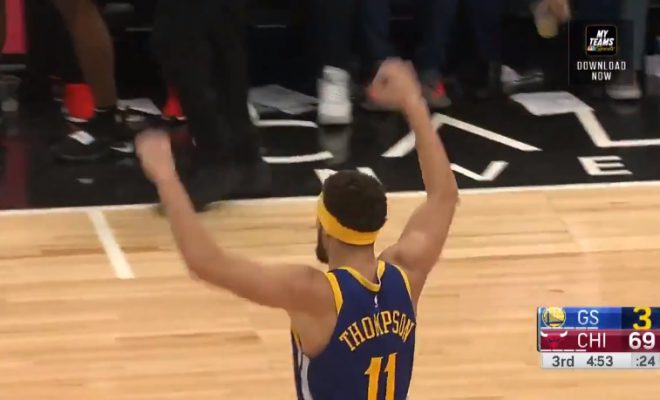 The Golden State Warriors imposed their will on the Chicago Bulls on Monday night. The team, as a whole, set an franchise record for most three-pointers in a game with 24 en route to scoring a staggering 92 points by halftime.

Golden State Warriors guard Klay Thompson started the 2018 campaign with a harder slump than Quasimodo. All of that got erased last night when he put on a shooting clinic, hitting an NBA record 14 (!) three-pointers in one game, passing some girl named Steph Curry.

Fit them for their rings.