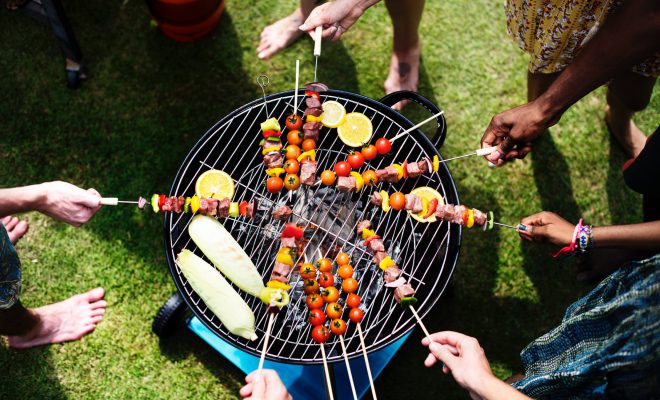 Who is Actually Responsible for a Tailgate Injury?

Who’s responsible when there’s a tailgate accident? Unsurprisingly, the answer can be fairly complicated. It depends on the severity of the injury, who or what caused it, and where it happened. Is there a clear indication of negligence? All of these factors come into play before proper finger pointing and accusations can begin.

Several years ago, I was at a tailgate party outside of Yankee Stadium, when I witnessed a vehicle run over a woman’s foot. She let out a string of curses at the driver while a friend called 911. The driver refused to accept responsibility and claimed it was the woman’s fault. The situation quickly turned messy.

If something like this ever happens to you, there are four things to do immediately.

After these steps, an investigation begins. Was the driver or victim intoxicated? If the driver was drunk, it’s case closed. But if the woman was drunk, perhaps stumbling around, then the driver can clearly use that to avoid responsibility.

Also, what about the stadium? Did they have visible signs posted prohibiting alcohol? Was the parking lot overcrowded beyond capacity? The answers to these kinds of questions will determine if the stadium or parking lot owner could be liable for negligence.

This is why you need an attorney. There are so many factors that come into play, only a professional will know the legal options available to a victim. It’s a simple law of nature that wherever people gather, accidents will happen.

Tailgate parties often create an extra gray area when it comes to the law. It’s an event that is increasingly regulated, but rules are often selectively enforced. It’s a catch-22 for both the fans and property owners. In the case of the Yankees, they need lots of happy fans returning to their stadium in order to make money.

If tailgate party rules are too strict, that will affect attendance numbers. But if the rules aren’t strict enough or unenforced, then the stadium can be liable for anything that goes wrong on their property.

Inevitably, almost every major tailgate party turns becomes a big game of bending the rules. Yankee Stadium may actively ban alcohol at tailgate parties and go after anyone clearly holding a beer. But if you pour your alcohol into a cup, you are far less likely to be stopped. Any experienced tailgater knows this game.

As we all know, one of the best experiences a person can have is to enjoy a proper tailgate party before a game. It’s a great way to build a festive mood, bring the fans together, and unite in anticipation of cheering for your team with a large group of like-minded individuals. It’s almost a magical experience to walk the lot, smell the food cooking, and listen to the music and laughter coming from the various vehicles.

While the goal is to have a good time, it’s important to be prepared and know how to protect yourself in the case of an accident. We want to have fun. We want to be safe. But sometimes things can go wrong, it’s an unavoidable fact of life.

Please follow and like us:
Related ItemsLawpartySportsTailgating
← Previous Story The World Cup Is Not Over Yet!
Next Story → Cleveland Cavaliers Fans Planning Parade To Celebrate Tristan Thompson Punching Draymond Green