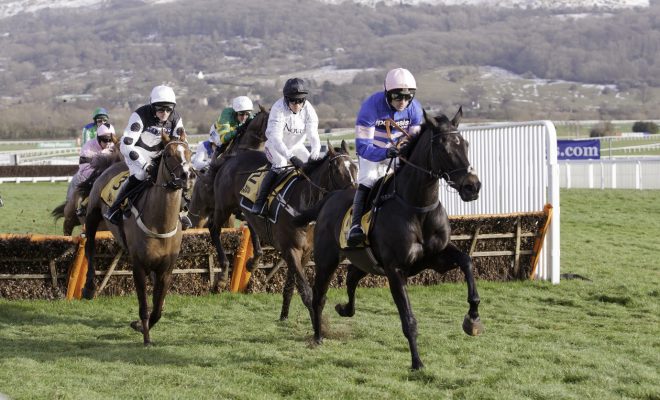 Will Buveur D’Air triumph in the Champion Hurdle again?

Cheltenham Festival is only days away, with the final preparations all but complete. With a number of the favorites ruled out to injury, namely Penhill in the Stayers’ Hurdle and Le Richeburg in the Arkle, one favorite looking to be victorious is Buveur D’Air. Hoping to make it a hat-trick of wins in the Champion Hurdle, the eight-year-old French-bred would make the record books for the first time since Istabraq completed the feat in 1998, 1999 and 2000. However, for trainer Nicky Henderson, it would be a record eighth win in the race and see him match Willie Mullins with a total of 61 wins at the festival.

Buveur D’Air is the favorite amongst the bookies with odds of 15/8. However, his form took a hit as recently as December, when as short-odds favorite, he lost out to stablemate Verdana Blue at Kempton. Prior to that, Buveur D’Air made it a run of 11 successive victories, with nine of those hurdles’ races – and he bounced back from that loss last month with a win at Sandown by two-lengths. When it comes down to having a wager, serious bettors will always consider course form and with two wins in the previous two years, there’s little reason to doubt the defending champion. However, he faces some tough competition, as we’ll now see.

Currently joint favorite with Buveur D’Air, Apple’s Jade is looking for her first victory in the Champion Hurdle. The former winner of the Mares’ Hurdle wasn’t as successful at last year’s festival, when she was made outright favorite and came third but is unbeaten in four races this season, winning by a combined total of 73-lengths. She’s made light work of some tough opponents, including Supasundae at Fairyhouse and Leopardstown – and in terms of recent form, she is the one to beat.

Despite being trained by Cheltenham’s most successful trainer in Willie Mullins, Laurina is somewhat of a wildcard for the Champion Hurdle. She may be victorious in six races, including a win in last year’s Mares’ Novices’ Hurdle, but has limited experience, especially on the big stage. Jockey Ruby Walsh has been largely absent from British tracks this season, but has ended Cheltenham Festival as leading jockey nine times in the last 11 years and will of course, be keen to make it double figures this time around.

There is no doubt that Verdana Blue is a lively outsider for the Champion Hurdle. She suffered a shock defeat at Kempton in the Novice Stakes only last week, but over the last couple of seasons, has an admirable record in the hurdles. Her most memorable win was Boxing Day’s ‘Christmas Hurdle’ at Kempton, which saw her end stablemate, Buveur D’Air’s winning record – and of course, she will be looking to go one better by winning the Champion Hurdle at Cheltenham.

Will Buveur D’Air be victorious?

Trainer Nicky Henderson reckons so, but also believes that Apple’s Jade poses a strong threat. Talking to Racing Post, he said: He’ll have to be better than last year because I’m sure it’s a better race. I won’t say he’s 10lb better, but I hope he is. I still think he’s the one to beat and I’m glad he had that run at Sandown”

Continuing: “Apple’s Jade probably looked better than she’s ever been and looked like a two-miler doing that but we can only do what we’ve got to do and whatever they throw at us we’ve got to face”.