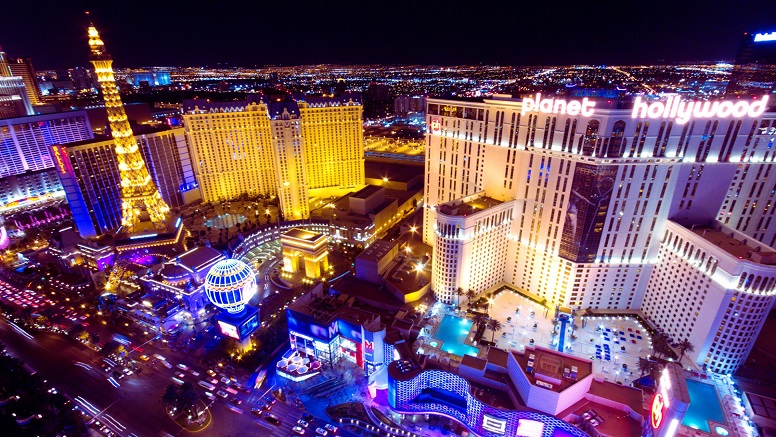 The NCAA Men’s Division I Basketball Tournament, known more affectionately as March Madness, will forever be associated with Las Vegas.

The city’s sportsbooks are the preferred destination for rabid fans and sports bettors alike, particularly during the first weekend of the tourney, when the big screens are lit up from morning to night with the 64 games that make up the First and Second Rounds, whittling the field down to the following weekend’s Sweet 16.

This year, the March Madness migration of punters will take place once again, ahead of the tournament which has had no clear favorite emerge during the final month of the regular season.

As the calendar turns to March, it remains a dogfight atop the March Madness odds at sportsbooks available through BettingSports.com, the premier online resource for sports betting news, insights, and links to the most reliable betting sites.

Despite wrapping up February with straight up wins in eight of their previous nine games, the Michigan State Spartans were toppled from their perch, replaced by the Kansas Jayhawks, who claimed the Number 1 ranking in the AP Top 25, and sit at a solid 8/1 in college basketball betting at the online sportsbooks,

Kansas is followed by the North Carolina Tar Heels, who maintain 9/1 odds despite some late-February struggles, and the Oklahoma Sooners at 10/1, with the Spartans slipping to 12/1.

But while a loud and crowded Vegas sportsbook is often the first destination that comes to mind when thinking about March Madness, it is important to note that the Big Dance is truly a national event, with games taking place in 14 cities across every region of the United States, placing the most thrilling annual sports tournament within reach of almost every American.

Action tips off this year in Dayton, Ohio, where the University of Dayton plays host to the First Four, a quartet of games played over two days, starting on March 15, which determine the final four entries into the tourney’s field of 64.

An additional 16 games will go the following day in Brooklyn, where the Atlantic 10 Conference is hosting, while the Missouri Valley Conference welcomes fans in St. Louis, the Big 12 Conference hosts in Oklahoma City, and the University of Idaho puts on a show in Spokane, Washington.

Saturday and Sunday of opening weekend will feature eight games each of Second Round action, before venues change the following weekend for the Sweet Sixteen and Elite Eight.

The Louisville Cardinals will sit out the postseason this year, including the ACC Tournament and March Madness, due to a self-imposed ban. But the show will go on in Louisville, where the South Regional winner will be crowned.

The Big West Conference hosts the West Regionals at Honda Center in Anaheim, while La Salle University throws a party in Philadelphia, where the East Regional champ will be determined, and Chicago’s United Center will be the site of the Midwest Regionals, hosted by the Big Ten Conference.

Each of the Regional champs then travel south, where a big stage awaits at NRG Stadium in Houston, and the Final Four gets underway on Saturday April 2.

Rice University, Texas Southern University, and University of Houston will look to showcase both their schools and their town during week-long festivities, with fan events planned across the city, offering something for everybody, from the Final Four Dribble across the city, to the three-day long March Madness Music Festival.

March Madness reaches its peak on April 4, when a national champion will be crowned. However, the tourney has now become an event that transcends sports, evolving into a cultural event that brings millions of fans together from across America.