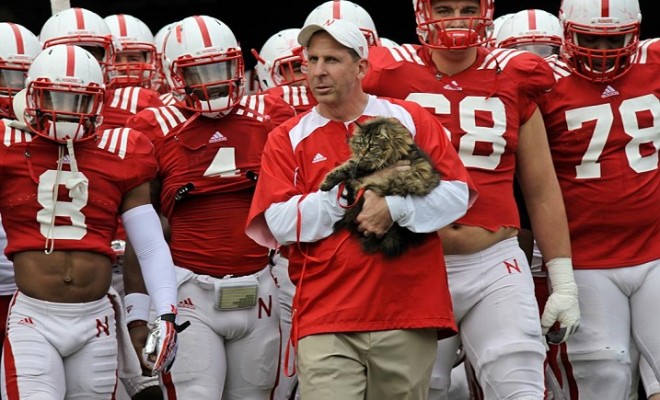 It was reported this week that Bo Pelini had some not-so-nice words to say about Nebraska athletic director Shawn Eichorst after his unceremonious termination from the university. During an off-campus meeting with his team after the firing, Pelini unloaded. Given the temper seen on Pelini in the past, this wasn’t all that shocking.

Sure, he used some rather vulgar language when addressing his players, but this wasn’t a Pop Warner football team he was talking to. Also, if you listen to the audio he is very calm and just talking to his boys. He was trying to let them know what was going on and what led up to his firing. And last time I checked, it wasn’t illegal to hate someone. Just sayin’.

Well enough of a thing has been made of this for Youngstown State University athletic director Ron Strollo to step in and issue a statement.

“Coach Pelini’s remarks as reported are inappropriate and unfortunate. We have discussed the report with coach. We are confident that Coach will conduct himself accordingly moving forward. We will not be commenting any further on this issue.”

“Yeah he said it. Yeah we told him we know. Next time we told him to make sure no one records it. Don’t ask me about it again. F–k Nebraska.”

Please follow and like us:
Related ItemsBo PeliniCollege FootballNebraskaShawn EichorstYSU
← Previous Story Brian Billick Has Harsh Criticisms For Johnny Manziel
Next Story → Rajon Rondo Press Conference Give Us One More Derp For 2014