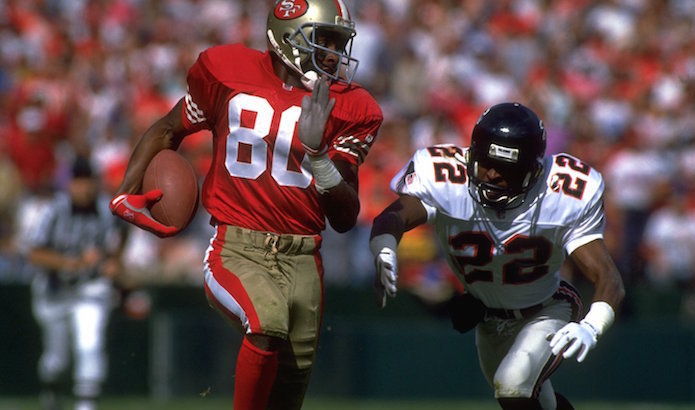 Your Completely Out Of Touch Picks For NFL Week 11

When I first started this column, I thought the title was funny. Now, after a few weeks, I think the title is still funny but it’s funny because it’s true.

I’m completely out of touch. I proclaimed last week that I was done messing around and that I was going to try from now on. That resulted in a 3-10 week. THREE AND TEN? You would almost have to try to suck that bad.

Therefore, this week I will not be proclaiming anything. I’m just going to give my picks and hope for the best. Also, I’m going to really hope no one will take my 23-29 record as a representation of me as a person. I’m at least .500 in person.

Lines are via ESPN.com…

The Lions can’t actually win two games in a row can they? YEP. I think the Lions and Matt Stafford turned a corner last week after mopping the floor with the Green Bay Packers. With not having to give up the points as the home team, I take the Lions to keep the Raiders sliding on the losing skid.

Matt Ryan and Company are pretty good at home (3-1) and no one on Earth knows what the hell is going on with the Indianapolis Colts this season. I like Andrew Luck and if this was at the Oil Can, I might think a bit harder. I’m going with the home team.

The Texans are the cock of the walk after taking down the undefeated Cincinnati Bengals and are on the precipices of resurrecting their season and getting back to .500. The Jets, on the other hand, are almost at the bottom of the barrel after a promising start. I’m going to take a sip of my HBO Hardknocks Koolaid and pick the home team.

I’m tired of getting burned. The Eagles are a veritable dumpster fire and all I have done is shit on Jameis Winston this year. So I’ll take the Bucs getting a touchdown. Let’s see how I get screwed this week.

I would have to shut down Thunder Treats if I took the fighting Brock Osweiler’s over the Bears at Soldier Field straight up. Sorry ponies.

I would be shocked to see any fans come to the stadium for this game this week after the Ravens shit the bed against the Jaguars. Yes, those Jaguars. The Ravens have something to prove to their faithful and that’s always a volatile combination. I’ll take the home team. Yuck.

Tony Romo is back!! I think I’ll wet my pants. Just kidding, Michael Irvin. Honestly though, this has Romo Hero written all over it. The prodigal son returns, on the road, to resurrect his Cowboys’ season from the ashes. Or something. Cowboys win in front of a record 3,468 Dolphins fans.

I’ve been asking for weeks, but forreadoh, WHO IS THE REDSKINS QUARTERBACK? Bet against Cam Newton? With those moves? Pssssshhhhh. PLEASE. This line could be 17 and I’d take the Kitties. Cam and Co. hit 10-0.

The Vikings are another team that I haven’t really gotten on board with and then you look at their record. They might be the quietest 7-2 team in the NFL. How far have the Packers fallen that this game is a pick? Can they snap their 3 game losing streak on the road in a rivalry game? I don’t think I can pick against the Vikings at this point and get a good nights sleep.

WHAT? Almost two touchdowns? Have they watched the Seahawks this year? I mean, I know the Niners aren’t the same old Niners, but giving them 13.5 points is insane. It’s a rivalry game and the two cities are like 15 minutes apart. No way. Give me the Niners all day on this one.

Has anyone thought that maybe the Cincinnati Bengals just had an easy schedule? Just look at it, I’ll wait. Regardless, 8-1 is impressive. However, they are going on a west coast trip on a short week to visit the Cardinals. The Red Rider BB Gun is going to need more ammo. Give me the home team.

I hope I do well. I probably won’t, though.

Please follow and like us:
Related ItemsBANJONFLOnline Casino
← Previous Story Most Valuable Positions To Sports Bettors
Next Story → Oscar Pistorius Verdict Changed To Murder In Death Of Reeva Steenkamp