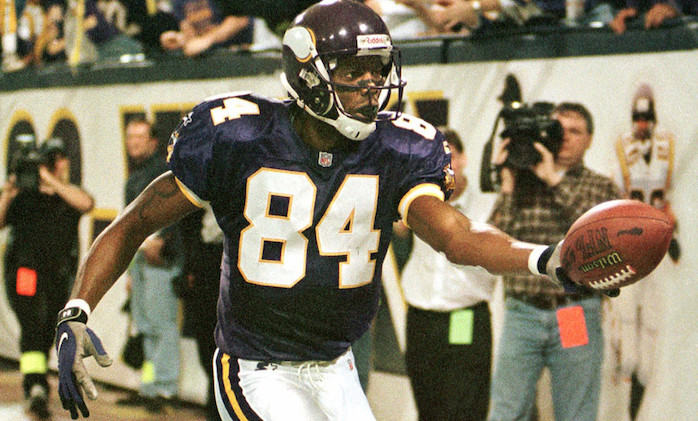 Your Completely Out Of Touch Picks For NFL Week 8

I call them completely out of touch NFL picks because I don’t do research, I don’t check injury reports I don’t check stats, and sometimes I just make up some stats of my own. Last week, I went 7-6 with a couple of impressive picks. I could have easily been 9-4, but whatever.

This week, as I sit here watching the Pats and Dolphins (I picked the Phins getting 8 points, but I won’t include it because you guys wouldn’t believe me anyway [Ed. Note: shit]), I get the feeling that I am going to go undefeated. At the very least, maybe lose a game or two. Take these picks straight to the casino.

These lines are per ESPN.com as of Thursday evening.

If there was an award for the game I’d least like to watch…this would get second place. I put my neck on the line for the Lions last week and they shit all over me. [Ed. Note: I found out after watching Thursday Night Football that the game was in London. I’m switching my pick to the Lions! London loves underdogs!]

Jameis Winston has thrown a record 56 interceptions in his first 8 games. I expect that number to be double once he leaves the Georgia Dome. This won’t be a high scoring affair, but it should be something of a shutout. I’m gonna guess 24-0, Falcons. 14 points off turnovers.

How much does everyone hate the Cleveland Browns? Bookmakers made them a TOUCHDOWN underdog AT HOME. Remember that award for game I’d least like to watch? DING. DING. DING. Winner, winner, chicken dinner. Give the Browns 14 points. It won’t help. The only thing that would help is a fire extinguisher to put out the dumpster fire.

8.5 points seems like a slap in the face to the 49ers, doesn’t it? Was it Jerry Rice this week that said Kaepernick should be benched? Ouch, bro. Kap will use that as motivation. I’m not saying the 49ers will win, not with Todd Gurley on a roll, I think they cover.

You never know what Eli Manning is going to show up. I thought for sure the quarterbackless Dallas Cowboys were going to take their lunch money at Met Life Stadium last week. I still don’t trust him, though. Drew Brees in the comfort of the dome is the way to go here.

What we have here is two monkeys humping a football. Can anyone tell me who the quarterbacks of these teams are? I really don’t know. I’m kidding. I really don’t care. I’ll go with Adrian Peterson because any other logic is just crazy.

NO, NO, NO. No one should make the Ravens a favorite in any game this season. They lost to the Br*wns. Nope. I don’t care if the Chargers had to fly from Bangkok. They will win by a touchdown.

The Bengals continue their lucky streak and escape Heinz Field by a field goal or less. At least I hope. Can you really imagine listening to Steelers’ fans talking about how THEY handed the Bengals their first loss? Yuck.

I can only assume this game is off the board because both teams suck such an incredible amount of ass that the over/under would probably land somewhere around 3.5. But whatever, I’ll put a number on it. Titans cover giving the Texans 3.5 points. They are truly awful. Go play with a JUGS machine, J.J.

You want to tell those mongos in The Black Hole that their Raidaaaaahs are the underdog at home? Me neither. I think the Raiders a smidge better than their 3-3 record (?) and I think the Jets are due for a let down. Raiders and the points.

As much as I hate the Dallas Cowboys because of Greg Hardy and the ghost of Jerry Jones, I am sticking with the home dog. A touchdown or more home dog is usually a lock in my book. Except when it comes to Cleveland. Always pick against Cleveland. Cowboys win, straight up.

Both of these teams are 6-0, but the Denver Broncos might be the shittiest 6-0 team in the NFL right now. If you saw them play and almost lose to the Browns — LOLZ BROWNZ — then you know exactly what I’m talking about. Aaron Rodgers is a G and will continue his dominance at Lambeau west. Yeah I said it. Packers all day. The beginning of the end for Peyton, sadly.

Sadly, the second worst undefeated team in the league will continue on unscathed. I want the Colts to win, I really do. But the shitstorm that is going on in Indy right now makes me want to stay away. 7.5 points is A LOT to give Andrew Luck, but that’s how south this season has gone for the Ponies. Panther win and barely cover.

Please follow and like us:
Related ItemsAtheletesBANJOBettingNFL
← Previous Story Urban Meyer Made Tom Herman Learn His Offense In An Hour, Then ‘Teach It To Him’
Next Story → LeBron James Ripped The Sleeves Of His Jersey Because He Hates Them As Much As Everyone