It’s what we have been working toward for nearly a month now! We finally are down to only two cougars and neither of them are strangers to the championship matchup. In fact, one of these two women have been crowned the champion in each of the last three years.

Kate Beckinsale has had a Villanova type tournament. She has decimated any cougar put in front of her, winning by the largest of margins week after week. In fact, if I had to throw a percentage at it, I would give Kate Beckinsale a 75% chance of winning the tournament for a record third time in a row and mimicking the 90’s Chicago Bulls with a three-peat.

On the other side of the matchup we have America’s sweetheart Julie Bowen. Bowen is looking to join Beckinsale as the only two back-to-back champions in this tournaments storied and rich history. Bowen, while the number five see and underdog in this scenario, should not be slept on and will undoubtedly put up a solid fight.

The final bracket is below and below that you can vote. I’m keeping this open until Sunday. Vote early and often and spread the word! 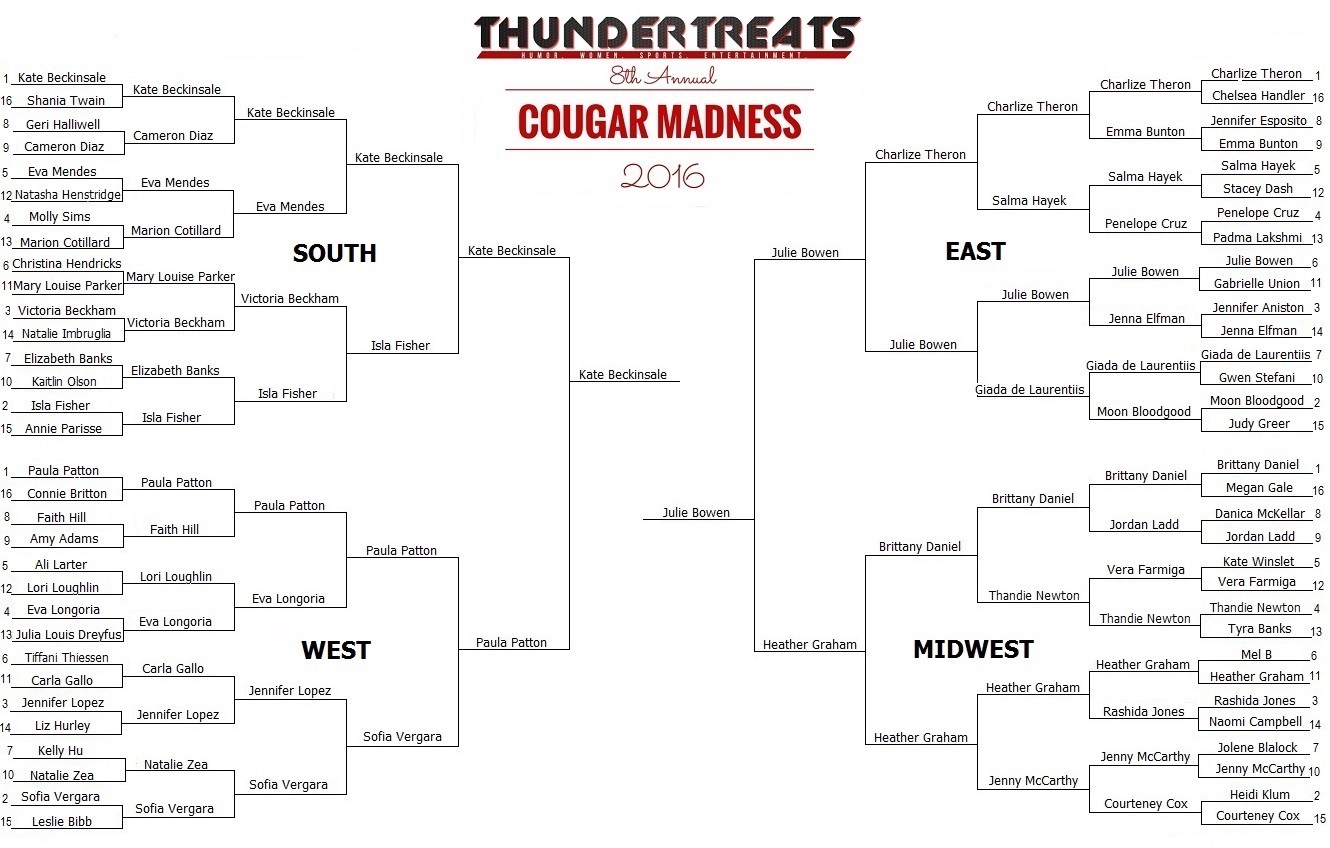