According to a Tweet sent out, and almost immediately deleted, by Detroit Lions tight end Joseph Fauria, Russell Wilson and his girlfriend (ex?) Erika Hammond did something upsetting. 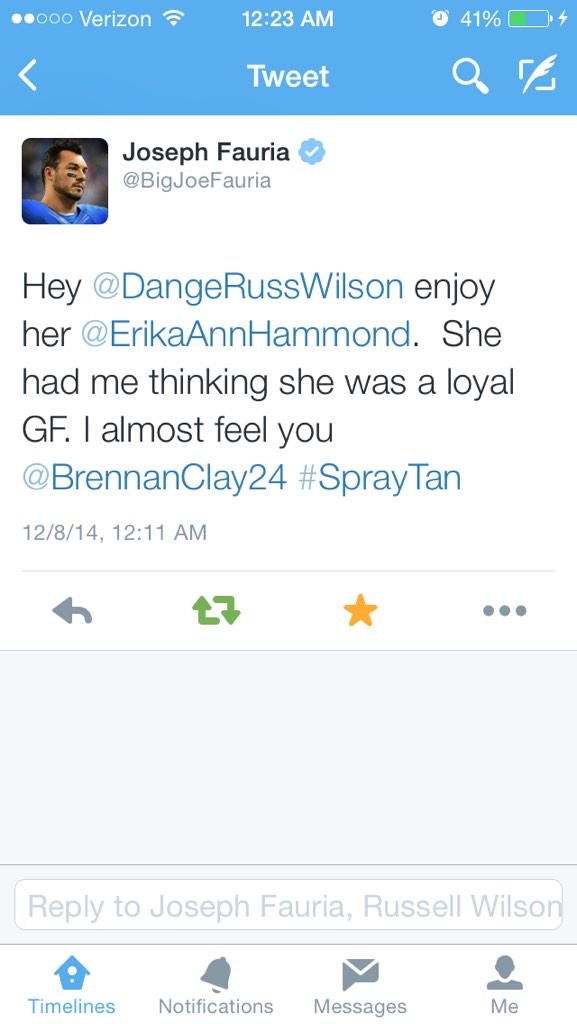 I hadn’t known of Erika Hammond before seeing this Tweet, but it’s not surprising that she is a smoke show. The jersey chasers always are.

Here’s a gallery from her Instagram page for you to get hip to.