The new Hyundai commercial for their 100% water emissions vehicle begins with a man taping a tube from his exhaust pipe through his window in an attempt at suicide by asphyxiation.  The man sits back with a blank look of sorrow on his face as he inhales the fumes released by the car.  Then, from the curb, the lights are seen coming on and the man is fine.

Congratulations Hyundai, you just created the most despicable car ad ever.

One of the most upset about this car ad is Holly Brockwell, and with good reason.  Holly wrote an open letter to Hyundai regarding their recent commercial.  Her father committed suicide by asphyxiation just like in this ad.  Imagine the torture of seeing the way your loved one committed suicide portrayed in a car commercial as light humor promoting 100% water emissions.

When your ad started to play, and I saw the beautifully-shot scenes of taped-up car windows with exhaust feeding in, I began to shake. I shook so hard that I had to put down my drink before I spilt it. And then I started to cry. I remembered looking out of the window to see the police and ambulance, wondering what was happening. I remember mum sitting me down to explain that daddy had gone to sleep and would not be waking up, and no, he wouldn’t be able to take me to my friend’s birthday party next week. No, he couldn’t come back from heaven just for that day, but he would like to if he could. I remember finding out that he had died holding my sister’s soft toy rabbit in his lap. 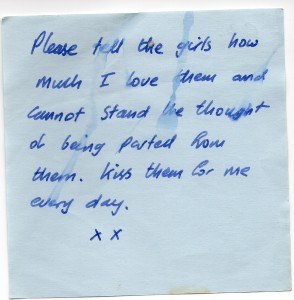 To be a fly on the wall in the conference room where a group of higher-ups at Hyundai approved this commercial would have been fantastic.  I would love to see the executive who said “Ya know what, I think we got something here!” and then to see the bonehead(s) who agreed with him.

Using suicide to sell a car is a new low.  I wonder what we get from Hyundai next?  Perhaps a solar-powered horn that can be shown to attract attention during a rape?  Maybe they’ll put OnStar in the backseat so your kids can call for help after they have been kidnapped.

Would it really shock you after seeing this mess?

Thoughts are with you, Holly.  Thanks for sharing your story.  We will try to share with everyone else as well.