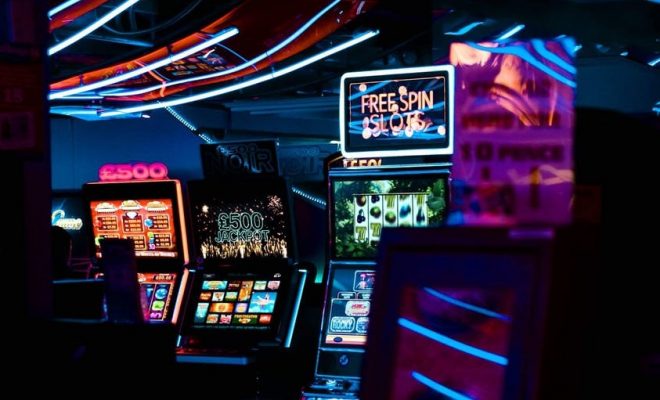 Best Slots You Have Not Heard Of

Slots are like movies, there are many being released every month and some are good and some are bad. There are also those that go on to be big hits or become classics. However, some pass under the radar and are wrongly forgotten and remain undiscovered despite being worthy of our time. There are some slots at freeslotsites.com that few have heard of but are genuinely well worth playing and are up there with some of the best. But for some reason they just never caught the imagination of the public and again like some movies, can be described as hidden little gems. Here is a small selection of great slots that may have escaped your attention.

Golden Ark is another book-based slot with an explorer as the main character. The difference here is that the central character is a sexy female, Lara Croft style heroine. The slot borrows themes from Book Of Dead and also has an ancient Egyptian theme running through it too. Novomatic, the creator of Golden Ark was founded in 1980 and they are well known for creating offline slots for the international market. They are not mass produces of online slots and therefore are not household names like NetEnt or Playtech. Novomatic slots also operate with a slightly higher than average house edge and this can make them an expensive choice to play. Despite this, Golden Ark can pay out well in the bonus round. The slot is a 5-reeler and each reel has 3 rows. It has 10 paylines and no special features in the base game. To trigger the 10 free spins bonus round, 3 or more books must fall on the reels. Before the bonus round commences, a symbol is chosen at random to act as an expanding symbol during the free spins. The bonus can be re-triggered numerous times and the most valuable symbols are the book that also acts as the wild and the explorer herself.

Fairy tale characters are popular stars of slots and they help bring nostalgia with them, as gamers relive their childhood whilst spinning the reels. Following the adventures of Rumpelstiltskin is another Novomatic slot called Rumple Wildspins. This is a beautiful looking game with fine music and graphics. It boasts an especially rewarding bonus round as well. It’s an atmospheric 5-reel slot with 20 paylines. The high paying symbols are a gold necklace, diamond ring, gold bars, the miller’s daughter and of course Rumpelstiltskin himself, who also acts as the wild symbol. It’s an enchanting game that is boosted by a fine bonus round. To activate the bonus, three or more frog scatter symbols have to land on the reels, if this happens you are awarded 15 free spins. The bonus cannot be re-triggered and the aim here is to land as many Rumpelstiltskin sticky wilds as possible. The earlier they fall the better and since these wilds remain in place on the reels throughout the entire 15 free spins, the potential for big wins makes for a thrilling gaming experience.