Grammys and Kardashians: The Enigma of Kanye West

Kanye West is one of the great enigmas of our age. Say his name aloud and you’re likely to be met with two different responses. There will be some who smile and comment on the wit and talent of the man. Then there are others who will groan and point out how annoying and obnoxious they find him. Whatever side of the Kanye fence you sit on the man still continues to hold public interest.

The rapper has made the headlines on and off since his marriage to Kim Kardashian back in 2014. But, these days there seems to be rarely a week or two that goes by without his name appearing somewhere. Indeed, he may be popular, but West has come under a lot of negative publicity recently. There always seems to be a story of some sort berating or poking fun at him. So, it’s important to look at the enigma of the man, and how someone so successful is seemingly so reviled by millions.

Here are a few of the pertinent facts to consider when looking at the enigma of Kanye West:

One thing indisputable about Kanye West is his talent. He has released seven records to date, with the majority meeting extensive commercial and critical acclaim. He has sold more than 32 million records and 100 million digital downloads globally. Couple this with his 21 Grammy awards and it’s fair to say that Kanye has a huge global fantasy. Perhaps his great talent is what angers people who see him as being wasteful or spending time on other pointless things. A man with his talent surely doesn’t need to kind of hubris that West carries. And this issue surely is one of the main reasons people dislike him.

Another popular reason people have for their dislike of Kanye West is his wife, a certain Kim Kardashian. With an Internet-busting rear end, and a more money than God (despite having no discernible talents) it’s easy to dislike Kim. But, should Kanye suffer as a result of his wife’s ignominy? Well, it seems the two revel in each other and are focussing on building ‘Brand West’. Kim and Kanye seem to be trying to one-up each other for who can make the stupidest and most outlandish gestures on social media. And Kanye, so far, seems to be holding his own. And this is doing nothing to quell the lukewarm attitude people already have towards him.

The main gripe that we all seem to have with Kanye West is his persona. Now, whether a lot of it is pea-cocking, or whether it is genuine, is a mystery. But, it does seem as though Kanye derives great pleasure in telling the world how amazing Kanye is. You only need to visit Heightline for a snippet of quotes from the man Whether it’s referring to himself as a genius, or calling himself the ‘greatest rock star on the planet’, Kanye just can’t help himself. Sure, he has undeniable ability and confidence in himself. But, by shooting his mouth off to all and sundry about how amazing his is he has alienated a lot of people. Arrogance, on the right person, can be endearing. Muhammad Ali is proof of this. But he always approached things with tongue firmly planted in cheek. It seems as though Kanye genuinely believes his is music’s great Messiah.

There are other ventures that Kanye has embarked upon as well. And this is often a point of contention for fans of musicians, who wish they would just focus on their music. Kanye has done collaborations, which there is no problem with. But, he has also launched the dreadful Yeezy clothing collaboration with Adidas. This has, quite rightly, been the subject of much ridicule and derision. It didn’t help that he also referred to himself as the most influential person in footwear right now. He’s also recently launched a ‘creative content company’ called DONDA. These other ventures have led to an increase in Kanye’s profile and more of his ramblings about, you guessed it, Kanye.

There are plenty of other incidents in which West has put his foot in his proverbial mouth. The Taylor Swift incident at the 2009 MTV Video Music Awards seemed to be the start of this controversial behavior. And it has turned Kanye West into something of a modern day enigma. He’s an enormously talented man, but, perhaps he is proof that there is such a thing as becoming ‘too big’. Maybe Kanye should take a leaf out of pal Jay-Z’s book, and focus on music and family commitments. Then he may well win over many of the people who can’t stand hearing Kanye West talk any more about Kanye West. 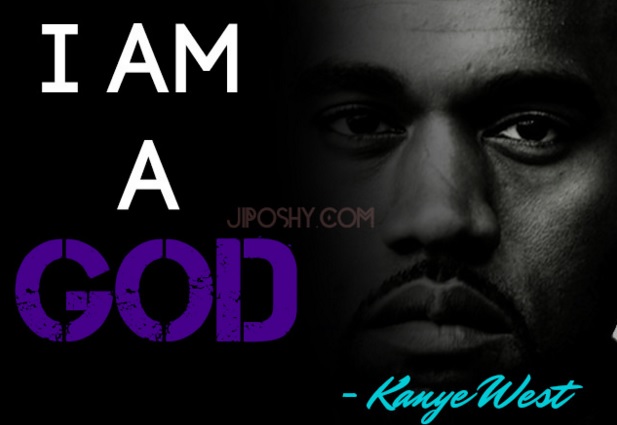