Can Baylor And TCU Get Into The College Football Playoff?

For weeks now experts, pundits, coaches, and fans alike have all been discussing and debating the weekly rankings for the new four team College Football Playoff and as a college football fan, it’s been great. It has given ESPN, FOX, and CBS reason to talk about college football on a weekly basis during a time of year that is usually dominated by endless NFL debate. We are usually bombarded with questions like; Which coach is getting fired? They said what in a press conference? Who’s being mean in the locker room? Or any of the other dreadful/who actually cares about this commentary the big networks tend to fill up their TV and radio schedules with. The four team playoff has obviously been a successful addition on the field and quite refreshing for all the fans off of it.

Thanks to the College Football Playoff, the debates from week to week has been great because it

has actually been about who the four best teams really are and not just talking about what a computer has decided.  Where should Florida State be? Will two SEC teams get in? Can Ohio State crack the top four? But as we head into the final week of the season, there are only a couple scenarios left to debate. The first one has me scratching my head.

Let me start by saying I have no clue as to why TCU is ahead of Baylor. Baylor beat TCU.  All the other metrics being used (offensive and defensive efficiency) to fuel this debate are silly. Those metrics should only be used in a tie breaker form to end debate between two teams, close in ranking, that have not played each other. The debate between two teams that have lined up against each other ends with the simple conclusion of “this team beat that team.”

The one scenario no one seems to be talking about is two Big XII teams getting in. Which is not something anyone before the season would have thought possible from a conference that doesn’t have a championship game. Not too mention their highest ranked team going into the season, Oklahoma, now sits with 3 loses. But what if #6 Baylor (#9 Kansas State, Sat 8:45pm) and #3 TCU (Iowa State, Sat 12:00pm) both win and #5 Ohio State (Wisconsin, Sat 8:17pm) and #4 Florida State (#11 Georgia Tech, Sat 8:00pm) lose? 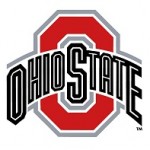 After watching Florida State play close games the entire year and Ohio State losing their second Heisman candidate, this scenario almost seems the most likely. Yet it’s going completely undiscussed nationally? I think this would be a serious problem for most of the country because, I don’t think any conference deserves to have two teams in the College Football Playoff, especially not the Big XII.  However, if we look at the rankings, the committee really wouldn’t have any option but to put Baylor and TCU in the top four.

In this scenario #1 Alabama will have beaten Missouri and #2 Oregon will have beaten #7 Arizona. So you’d have the teams ranked 4,5, and 7 lose. The remaining options to jump back up and into the top 4 would be former #1 and current #10 Mississippi State and the ACC Champion, #11 Georgia Tech. The problem there is both of these teams have two loses and are currently — and have been since receiving their second loss — well behind Baylor.  Another possibility would be keeping Florida State right where they are because it would be their first loss of the season. This seems very unlikely, though, considering the committee has been dropping Florida State even with them winning every game to this point. Plus they wouldn’t be a conference champion.

At this point I don’t think I’ll be surprised with the way this shakes out, however it does. I probably wouldn’t be all that shocked to see Auburn back in the top four since the committee obviously loves them. Auburn has dropped a grand total of 15 spots after losing four games in seven weeks. Hell, I wouldn’t even be surprised if that creepy Dr Pepper ad guy, Larry Culpepper, is filling the vacant seat left by Archie Manning.

It is a very interesting situation that we are faced with going into Championship Week. Everything has gone so smooth and without any serious controversy in the inaugural season of the College Football Playoff.

Could it all blow upon the final weekend?