Skiing or Snowboarding? Which One Should You Take Up?

Skiing and snowboarding are two very popular snow sports. Each has its own benefits and drawbacks, which are important to consider when taking either up as a beginner. Here’s a brief guide to choosing between the two.

Why take up skiing?

Skiing is easy to learn, but hard to master. Having your feet separated can make it easier to control your falls as you learn, and the fact that you face the direction that you are going makes things a lot easier too. Having skis on your feet still takes some getting used to, but it’s not quite as challenging as it is with a snowboard.

You’ll likely start by learning how to walk in skis and then how to ski in a straight line. Then you’ll learn how to adopt the snowplough position for stopping and turning. Parallel turns come in a little later – generally not in the first week. This is a more technical and more challenging form of skiing that can allow you to go a lot faster.

Skiing is a cardio and leg workout. If you’ve got hip or knee issues, you may struggle with skiing as it is very intensive on these joints. 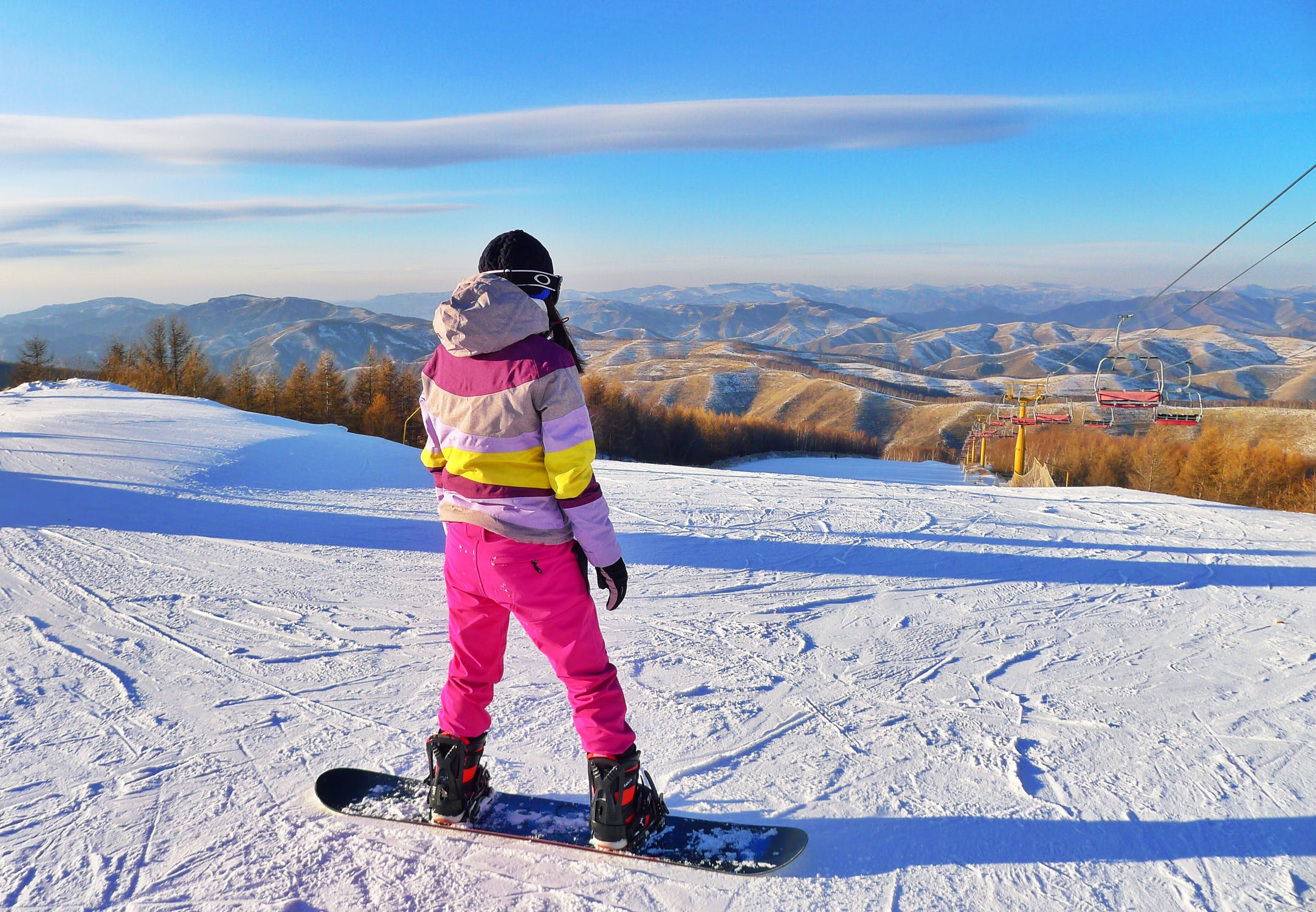 Why take up snowboarding?

Once you’ve learnt how to turn and stop, the basics of snowboarding are then covered and it’s pretty much a case of building up speed from here. A lot of people find that snowboarding becomes easier the more speed you are able to add because there is less resistance when turning.

Snowboarding is mostly a core workout. Those with ankle problems or balance difficulties may struggle. You can expect to fall a lot harder when snowboarding than when skiing, so bear this in mind.

There’s no reason why you can’t take up skiing and snowboarding. Both can provide a different workout and a different thrill. By learning both, you’ll also have more respect for both skiers and snowboarders while on the slopes.

Snowboarding and skiing in one vacation does mean buying/renting more equipment, which does mean forking out extra money. That said, you could always buy yourself a splitboard – this is a board that can be split into two to serve as skiis or kept in one piece as a snowboard. There are plenty of places to buy skis, snowboards and splitboards online. Ski resorts will usually have their own equipment to hire.

Both skiers and snowboarders can benefit from different snow conditions. Snowboarders for instance perform better in thick powder than skiers, while skiers can take on flat cross-country tracks more easily than snowboarders. These conditions could be worth considering when planning which resort to go to and which runs to take.