Once you start online dating older women, you soon realize it’s a whole different game. Women over 35, to put it bluntly, have been here longer and they’ve seen every trick in the book. If you want to impress them quickly and convince them to respond to your messages, your approach needs to be perfect. You have to learn what an older woman is looking for, how to read her and how to respond in the right way. Above all, you need to avoid these common mistakes.

If you want to meet older women seeking younger men on a regular basis, you need to learn to read her cues and avoid these common rookie mistakes:

Hopefully it’s obvious why this is a huge mistake. Older women who scroll through the profiles of younger men do so because they’re interested in younger men. They’re not looking for an old man stuck in a young man’s body either – they’re 100 percent looking for a younger man. So put away the pipe and slippers and send her photos of you rock climbing instead.

While some older women look even better now than in their 20’s, like those from our Cougar Madness Tournament, she’s not looking to date the guy she knew twenty years ago, she wants someone who’s into things that are relevant today. So when she says, “Hey, cute t-shirt,” she’s paying you a compliment and she’s interested in you. She’s not being sarcastic. Compliments are one of the main ways older women show younger men they are interested.

2. Not learning the new aim of the game

For women online dating in their late 30s and above, all the rules of the game have changed. Ten years ago, she was looking for a husband, someone to settle down and possibly start a family with, now she’s not.

It could be she found that person and started a family, and now she wants to break out and have some fun. It could also be that she never wanted those things in the first place.

Either way, talking about long term commitment and starting a family in your profile or messages is likely to just make her laugh. Simply put, she’s here to have fun and she wants you to bring it.

If she asks about what you got up to at the weekend, she’s not worried that you stayed out too late. She’s hinting that next time, she’d like to join in.

This is a mistake often made by younger guys looking to date older women and this happens for a couple of reasons. In the last five years, dating apps have pushed the importance of profile photos to the forefront. This has led to a dumbing-down of profile writing skills. Younger guys often also assume that their photo is enough to get swipes and responses, but with older women, it’s not.

So if you want to generate interest in your profile, it’s time to hone your profile writing skills. Older women want to get a sense of who you are, not just physically, but mentally and emotionally too.

Imagine a good friend was telling a woman you don’t know about you. How would he word it? Don’t be afraid of words such as perceptive, optimistic and passionate. With these, you can say a lot to an older woman without writing an essay.

4. Not knowing all the ways older women show younger men they are interested

It must be said, it’s much easier for an older woman to make the first move in the flesh than it is for her to do it online. Looking at your cute profile, she thinks she wants to message you but is afraid you’ll not be interested . . . even though she thinks you two would be a good fit. It’s up to you to put in your profile text that you are actively interested in meeting older women, however, there’s a proviso . . .

The internet is full of young men looking for older women for less than romantic reasons and they are happy to meet any older woman. To let her know you’re interested in meeting her for genuine reasons i.e. love, fun or casual sex, make it clear and play to her self-esteem. Tell her for example, “I’m looking for slim, attractive women over 40” and when she responds, you’ll know she’s interested.

Many younger men think dating an older woman is the perfect antidote to the stresses of the modern dating world. In particular, the high financial expectations of superficial, younger women can leave them feeling like nothing more than a walking ATM. While it’s perfectly okay to hold this opinion, don’t highlight it in your profile text. Older women don’t want to hear about your unlucky-in-love experiences. They don’t want to hear about your resentment towards other women either.

Classic mood killers in a profile include the lines, “I’m done getting dumped on by selfish twenty-somethings.” This makes it sound like you’ve been dropped once too often and will set alarm bells ringing. “I can’t find a decent woman in my own age range,” is also desperate sounding. Always take the positive spin. “I find the confidence and self-sufficiency of a mature woman very attractive,” is a better way to word it.

Likewise, don’t let yourself come across as a would-be gigolo by saying, “I’m still studying and not the richest, but all for equality and letting her pick up the bill . . .” That’s just not how it works. While an older woman might be in a position to split the bill, and even be more generous, she doesn’t want to feel like she’s buying your time. 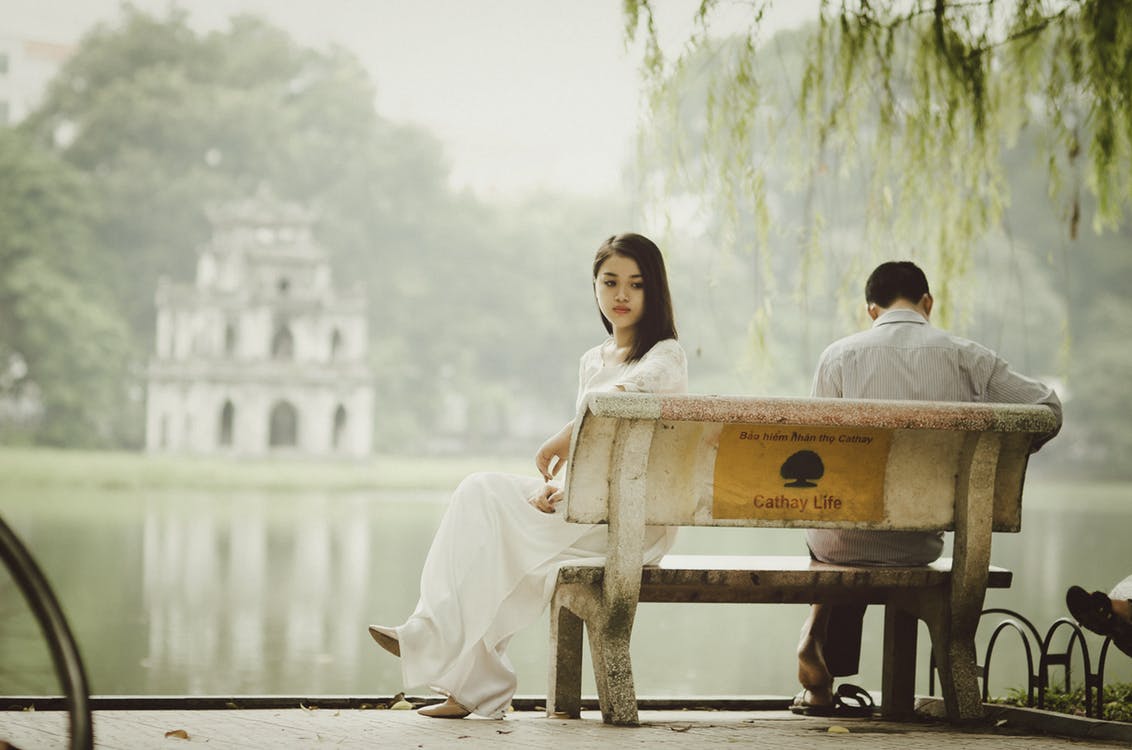 There are certain things that separate the men from the boys and maturity is one of them. Older women, who are looking for younger men, are still after a man — so don’t act like a boy. This means, don’t try to impress her with stupid jokes in your profile and stay away from quoting your favorite cartoon characters.

It’s also worth remembering, not all older women view themselves as cougars. In their minds, they’re still young, attractive and desirable – and they must be, otherwise you wouldn’t be reading this. So, while the fact she is a little bit (or much) older might get you excited, she doesn’t necessarily share your view. Stay away from making comparisons between her and your mom, aunty or grandma.

In addition, there are lots of other behaviors we associate with immaturity such as bragging about drinking abilities, overt team pride or generally coming across as a player. Too much of this and she’s not going to message you, she’ll likely just block you straight away.

7. Coming across as ignorant

Okay, we know the older woman you’re looking for has lived through a couple more presidents than you, but IQ has nothing to do with age. While she’s skim reading profiles, certain factors will strike her as red flags and one of those is general ignorance. First off, always check your spelling and grammar, and when in doubt, err on the safe side and use standardized English – or whatever language you’re writing in.

This means, make sure you’re not using the wrong there/they’re/their and avoid text shortcuts and acronyms like LOL and LMAO. And absolutely stay away from trending words or phrases. At best, some older women won’t know what they mean, at worst, you’ll remind her of her kids.

Secondly, read the profile out loud and imagine it’s describing someone else you know. It’s amazing how many confident, self-aware younger men can compose such tone-deaf profile self-descriptions. But this mistake can hurt you more than you know. Older women looking for potential dates online don’t want to meet a dating site rookie. She has a busy life filled with work and possibly family too. Her ideal date is a quick study, someone who knows how to communicate effectively and won’t mess her around.

8. Posting a picture of you with a (younger) woman

And last but not least, the greatest mistake younger men make with their profile is to post photos of themselves with younger women. Even if you blur out faces and chop people off at the shoulder, women can tell a 20-year-old arm from a 40-year-old one in a second.

She’ll expect you to know and hang out with younger women, but if she suspects you’re being a tourist, just dipping your feet in the cougar world, she’s not going to risk taking a chance on you.

So if you’re ready to start dating older women, or if you already are, these are the big mistakes you need to avoid making. Dating older women is a lot of fun and for a lot of younger guys, it’s the only way to go. And there are plenty of ways older women show younger men they are interested, but if you make these common mistakes, you’re never going to experience any of them.