The biggest vote getting was back-to-back Cougar Champion Kate Beckinsale who recorded over 80% of the votes against a formidable Eva Mendes. Charlize Theron had a fit against Salma Hayek, winning by the slimmest of margins with only 54% of the votes. 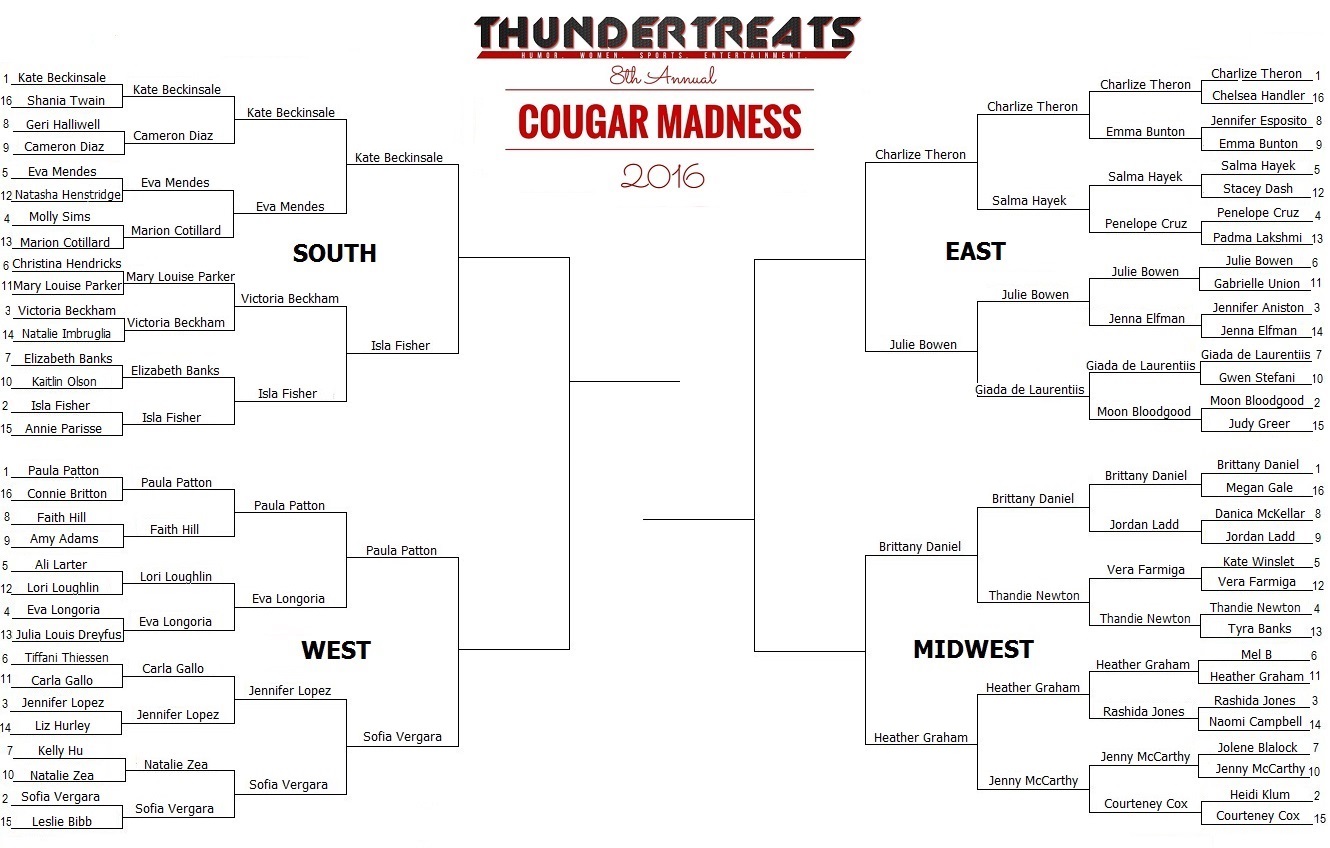