It’s finally the best time of the year! Yeah, the NCAA Tournament is about to get underway but, more importantly, so is the 2015 Cougar Madness Tournament!

The Cougar Madness Tournament is now in its seventh year and this year, though we say it every year, may be our best ever. Our number one seeds feature two rookies and two past winners. It really is the perfect balance.

To be fair, we seeded and put the bracket together before we actually knew how the NCAA teams were seeded.

The number one overall seed, coming out of the Midwest Region, is Penelope Cruz. Yes, she is a rookie and it is a high honor, but she should be just fine wearing that heavy crown. Below her in the West Region is 2014 Cougar Champion Kate Beckinsale. Isn’t that how she should be introduced at award shows? Beckinsale is trying to be the first ever back-to-back champion in tournament history.

On the other side of the bracket is America’s sweetheart and 2013 Cougar Champion Julie Bowen representing the East Region. Below her in the South Region is newcomer to the tournament, Victoria Beckham.

Below is the official 2015 Cougar Madness Tournament bracket and below that is all of the match ups because I know how much you guys love a visual aid.

Quickly, here are the rules:

Enjoy and be sure to print out your bracket and follow along! Who ya got?! 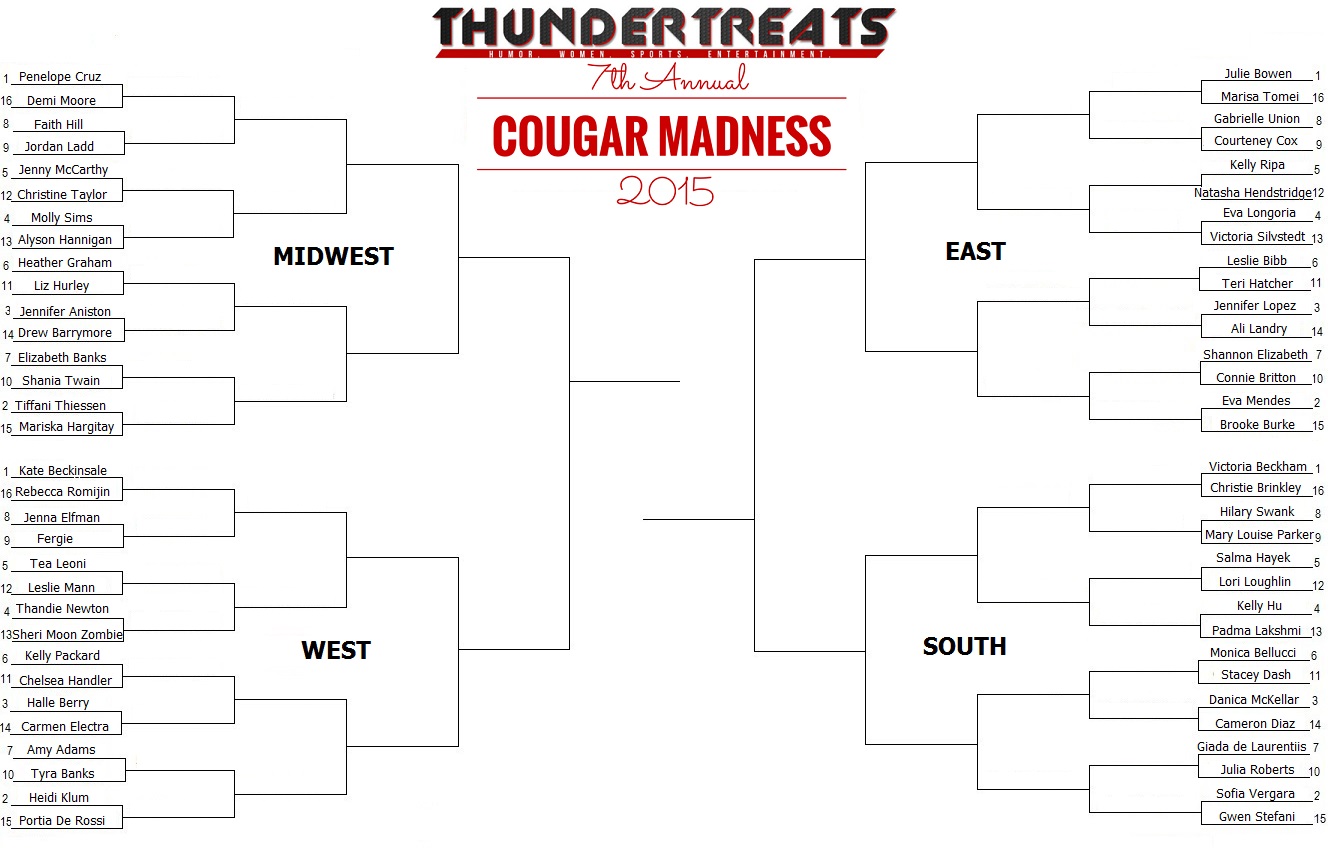 Be sure to sign up for our weekly emails that will keep you updated throughout Cougar Madness!