#tbt 18 Television Moms That We All Crushed On

You would be lying if you sat there and told me you didn’t have crushes on some of these moms. They were awesome! While discussing different topics for our weekly #tbt post, DiNunz and I realized we share the same affinity for the matriarchs of yesteryear. So naturally, we decided to share them with you all. As always, this list is in no particular order because ain’t nobody got time for that.

Look at Jill. Raising three boys and having to deal with an inept husband and she still can pull her hair back and make it work. Remember, she was also going to school for a while too. What a gal.

Angela was probably my first TV mom crush. She wore the shit out of power suits and had a man cleaning up after her. How about when Tony and Angela finally got together? Match made in Heaven. Come to think of it, Mona had her moments too, but that’s for a different post.

I think it’s safe to say Clair is no longer Mrs. Huxtable since her doctor of a husband decided to use his powers for evil, but I digress. Clair kept like 14 kids, or however many they had, all in line while maintaining the ability to throw shade with a side glance like no one has been able to do since.

Being a beautiful mom just wasn’t good enough. Nope, Katherine Howser had to go and spawn a a genius child as well as one of the most recognizable TV themes in history. Her only downfall was becoming a patient advocate at the hospital where Doogie worked, totally embarrassing him in front of his friends. Also, Doogie?

Part of Peggy Bundy’s sex appeal, besides her outfits, was the fact that it gave hope to schlubs that were more like Al Bundy and less like Jefferson D’Arcy. If Al could outkick the coverage, why couldn’t we? Also, Peg has only gotten hotter with age.

Her husband had a rocking beard and her kids actually looked like they could be related. She also raised the young man that didn’t need money, nor fame or credit card, to ride that train. If you didn’t pick up on what I just laid down, I hate you. Go home.

Anyone that had to deal with Jack Arnold and Wayne Arnold on a daily basis should get mom of the year.

You want to talk about a ride or die chick? How about one that sticks with you while you harbor an alien? And I’m not talking about one hanging around the Home Depot looking for work. I’m talking about three foot tall hairy dude from Melmac.

Four kids and Maggie Seaver still kept it tight. That’s impressive. All the more impressive when you factor in the size of Ben’s head. Sheesh. Like a bowling ball through a garden hose, amiright? Also, her level of f–ks given hovered somewhere around zero because her son’s best friend was named Boner. RIP Richard “Boner” Stabone.

Six kids? No problem. Add in a step-nephew who lives in his van in the driveway? No sweat. Carol was an awesome mom and step mom and gave us one of the best parts of our TGIF program schedule. Also, as if marrying into an oil fortune by snuggling up to Bobby Ewing wasn’t enough, she went and starting hocking Thigh Masters. If you don’t get the former reference, I know you got the latter.

I know what you’re thinking and yes, she was just a nanny. BUT. We think she married Maxwell Sheffield at the end of the show, making her a step mom. She was the Sofia Vergara of the early 90’s. 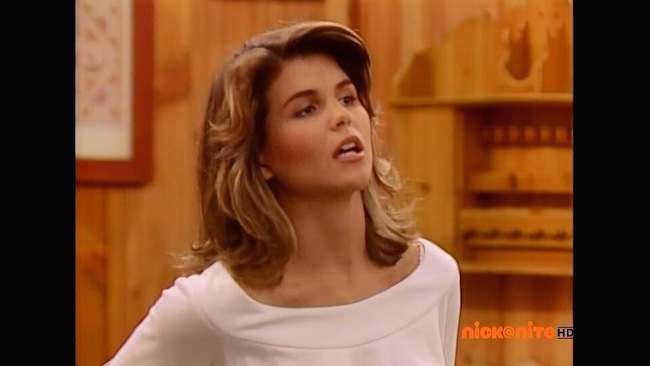 Was Becky the main mom of the show? No. She wasn’t. The main mom died, smart ass. So technically, Danny Tanner was more of the mom of Full House, but whatever. How hot was Becky Katsopolis? Twenty years after Full House went off the air and she is in our Cougar Madness Tournament. Still a hottie. 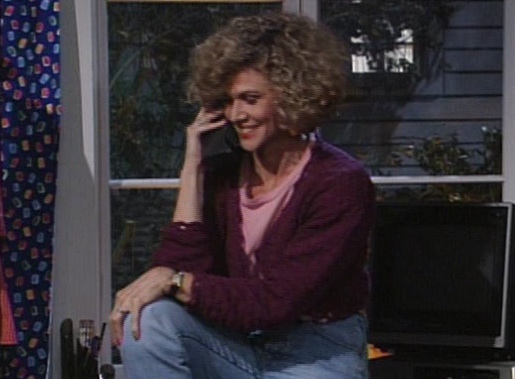 You have to hand it to Mrs. Morris, for having a workaholic husband and an unbelievably mischievous son, she really held it together quite nicely. I mean, for comparison, look at Screech’s mom and her unhealthy obsession with Elvis.

Does anyone remember Major Dad? A conservative Marine married to a liberal journalist. Talk about a show that was ahead of its time. This could definitely become a reboot. All we have to do is pry Raymond Tusk away from House of Cards. (Haven’t watched season 3 yet. No spoilers, please.)

Boy Meets World was a timeless sitcom. If, for nothing else, it gave us Topanga and Amy Matthews. Which, when you think about it, Topanga was just a smaller version of Mrs. Matthews. Cory was sorta dating his mom.

I think you know which one is Vanessa in the picture above. Her and Mark (Mark Curry) didn’t really start dating until season four. Then they were almost immediately engaged. Although she didn’t have any children, a prerequisite for being considered a mom, she did act like a mom to Mark’s cousin Nicole (Raven Symone). Good enough for me.

She voluntarily left to help out in the wild west while protecting her three adopted children. She was a doctor by trade and mom by choice. An unselfish smoke show, really. Still is too. Don’t argue. [See: Wedding Crashers]

Silver Spoons was a show that every kid wanted to be on. The toys, man. Ricky was a kid who was brought to his father’s house whom he had never met. His dad was rich and had a hot assistant, Kate. Though Kate started as Ricky’s dad’s assistant, she eventually became his step mother. Dime.

Well that’s all I have left in the tank for this #tbt. Let me know who I missed. I know there are a lot, too. I just didn’t have the energy to go any further.