Like most things in fashion, things that were once old have become new again. More and more now a days, we have seen many teams from the big four professional sports in America switch back to old school throwback uniforms or more traditional color schemes.  Teams like the New York Islanders, Houston Astros, Toronto Blue Jays, and Baltimore Orioles have reverted back to old school uniforms full time. The Washington Wizards have also gone back to the red, white, and blue color scheme the old Bullets used to wear.

That’s a good start. But here is a list of teams that should follow suit and switch back to the better uniforms of their franchise past.

I never understood the switch they made from the old school Patriot.  The current logo has always looked like a robotic colonial man with dreadlocks to me.  A full time switch to the old Patriot Pat would be awesome.

The move to Brooklyn a few years ago should have also included a change back to the old school Drazen Petrovic and Derrick Coleman baby blue jerseys from the 90’s.  The black and whites are to plain and boring.

While I dont hate the current Broncos logo and color scheme, the old school orange crush uniforms would be awesome to see again.

The switch to the wine and gold was terrible when it happened, and they’ve continued to dull it down and make it look terrible.  Turns out the switch the Cavs made back in the mid 90s was just ahead of its time.  I think the time is now for these throwbacks

When the Marlins entered the league as an expansion team they had the perfect uniforms.  The change made when the team became know as Miami was and is a disaster.  Some where Jeff Conine and Charlie Hough roll in their graves, even though they’re not dead. 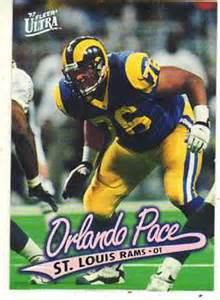 Never liked the change to gold from yellow.  The Rams wear the old school style a few times still each season, and should switch back to wearing them full time ASAP

Distancing themselves from the Disney image is nonsense.  Go back to the duck mask.

Just like the Marlins, never should have gone away from their original look.

The old school Tony Gwynn’s were so much cooler than the current version which incorporates a cream or beige color? Yuck. Do the right thing, Padres, and honor Mr. Padre.