And then there were two…

It all comes down to this! Sofia Vergara slammed the door on Eva Longoria’s amazing rookie run in the Cougar Madness Tournament and Kate Beckinsale continued her dominance in the same fashion, sending Jenny McCarthy and her loyal fans packing.

Kate Beckinsale now has the opportunity to become the first EVER back-to-back Cougar Madness Champion! How good is she? She has knocked off 11 cougars in a row, dating back to last years tournament.

Standing in her way is Sofia Vergara, who obviously has a bad taste in her mouth after her early exit from Cougar Madness 2014.

Voting is now open! It ends with the final buzzer of the National Championship on Monday night! Vote early and often! Thanks guys! 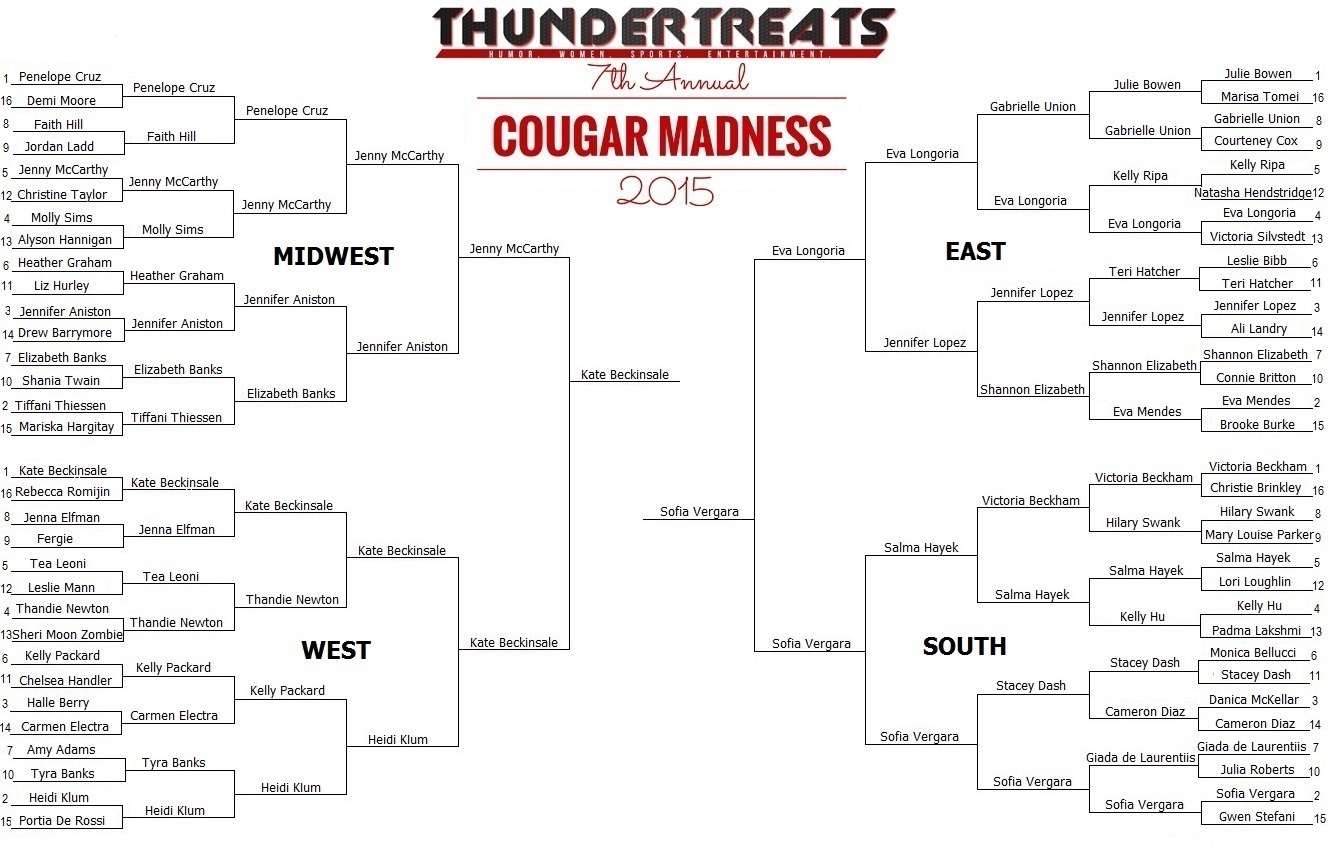