We are down just eight cougars left standing! After the first round of voting for the Sexy 16 (results are still up), we have Eva Longoria, Jennifer Lopez, Salma Hayek, Sofia Vergara, Jenny McCarthy, Jennifer Aniston, Kate Beckinsale and Heidi Klum all vying for the Cougar Champ title.

There were some big surprises in the Sexy 16. One of the biggest was Salma Hayek taking down south region 1-seed Victoria Beckham. And handily. Another landslide victory came from Jenny McCarthy when she destroyed the number one overall seed in Penelope Cruz. Apparently her fans are passionate.

Below is your updated bracket and your matchups! Vote early and often and share! 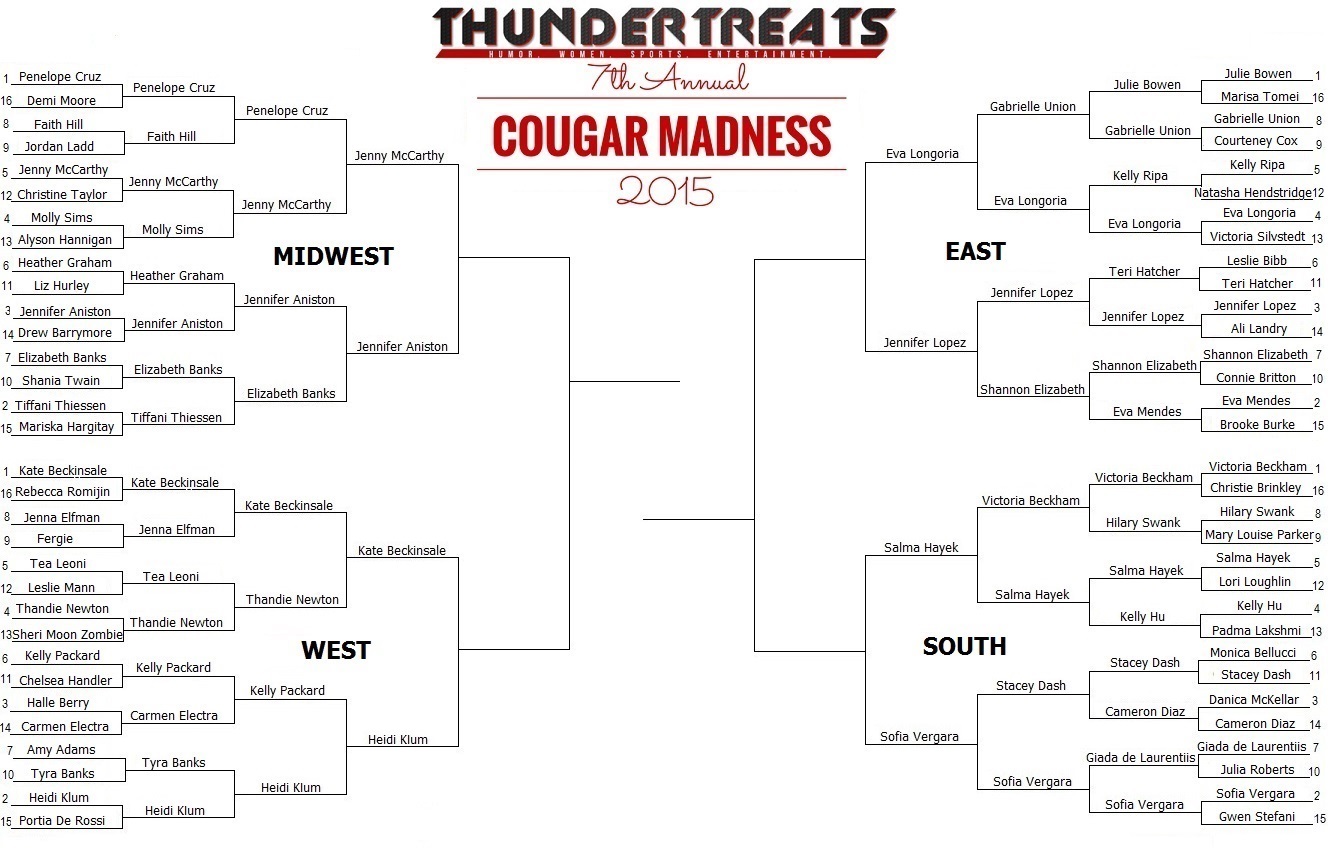