We are down to the final four cougars of The 2015 Cougar Madness Tournament! Again, as in the Sexy 16, Jenny McCarthy fans have backed their girl and helped her take down Jennifer Aniston. Aniston now exits the tournament for the sixth straight year without a title. It’s a damn shame if you ask me. If you ask Lydell, he thinks Donnie Wahlberg needs to get a life and get off the computer and quite voting for his wife. He might be on to something.

Although McCarthy has been rolling, she now is running into a buzzsaw in former Cougar Champion Kate Beckinsale. It will be a tough battle. On the other side of the bracket, Eva Longoria took down DiNunz’s favorite Jennifer Lopez with ease. She now faces Sofia Vergara who is out for vengeance after her early exit from the 2014 Cougar Madness Tournament.

Voting will be open until Thursday night at 9pm. After that, your Cougar Madness Championship match up will be able to be voted on until the final buzzer of the National Championship on April 6. Vote early and often! 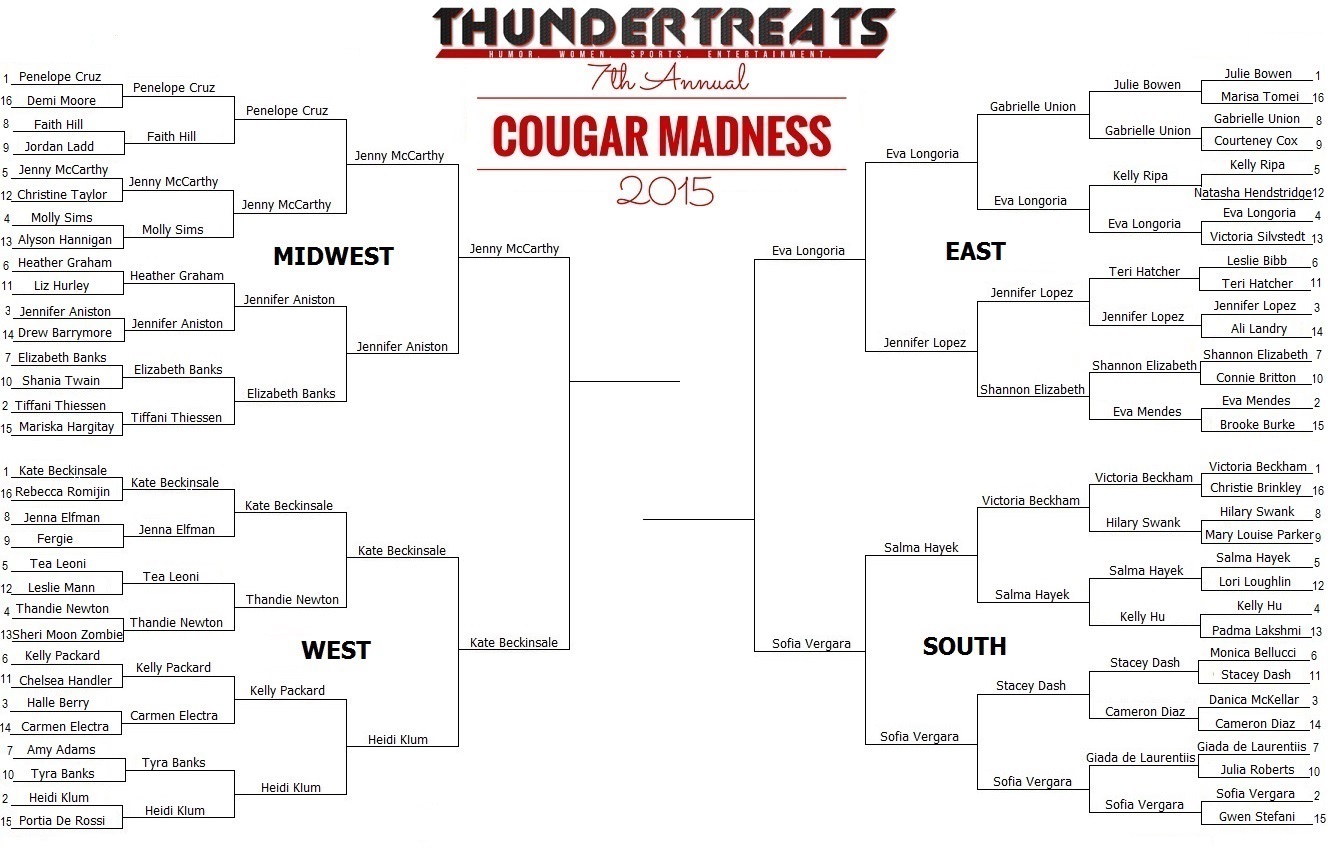