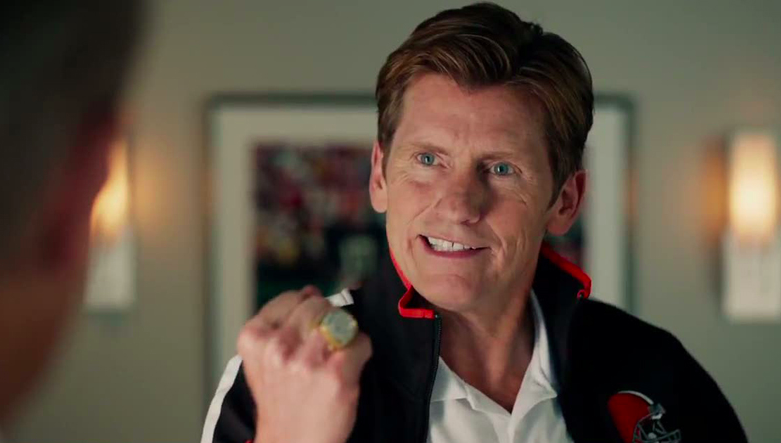 The Cleveland Browns began blowing up the organization shortly after their 28-12 season finale loss to the Pittsburgh Steelers. First, we got word that general manager Ray Farmer had been canned. Next, head coach Mike Pettine got his walking papers and I cannot even begin to explain what in the hell is going on with Johnny Manziel, but it seems his time in Cleveland is done.

While there are a lot of question marks in the Cleveland Browns organization this evening, actor Denis Leary has bravely stepped up and offered his services.

Denis Leary reprising his role as head coach as portrayed in the movie Draft Day? What do we have to lose? I’m also ok with Jen Garner working the cap and Kevin Costner taking over GM responsibilities.