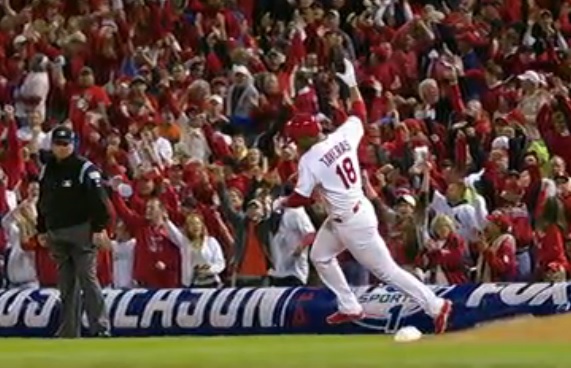 Yesterday news broke of the death of 22-year old Oscar Taveras. He was the biggest and brightest upcoming star in the St. Louis Cardinals organization. Sadly, over the weekend, Taveras and his girlfriend, Edilia Arvelo, died from injuries sustained in a car accident while driving in the Dominican Republic.

Taveras saw some time with the Cardinals this year, homering in his second at bat ever. The rest of the road was a bit rocky but he was a 22-year old rookie, so it was to be expected. He did well enough to stick around for the playoffs and even homered in the NLCS.

So today, ESPN joined the many other outlets paying their respects to Oscar Taveras with this Tim Kurkjian narrated video.