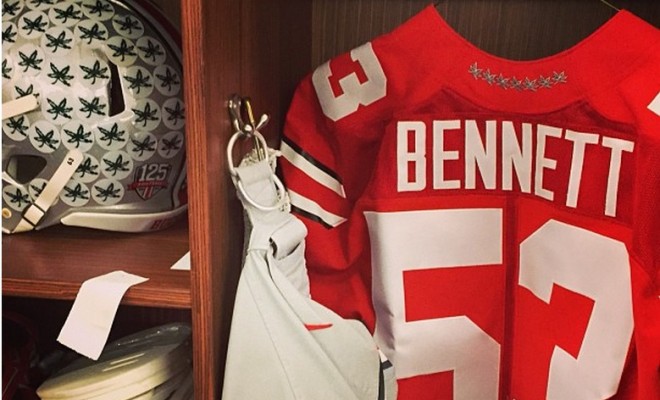 OSU’s Michael Bennett Will Wear No. 53 In Sugar Bowl To Honor Kosta Karageorge

The Ohio State Football family lost one of its own before the Big Ten Championship game. Kosta Karageorge was found dead near campus after having been reported missing days earlier. The team was playing with heavy hearts and defensive tackle Michael Bennett decided to wear Karageorge’s number 53 to honor his teammate.

So once again, on New Year’s Day, Michael Bennett will wear number 53 to both honor Karageorge and give the Buckeyes a bit of a boost against the Alabama Crimson Tide.