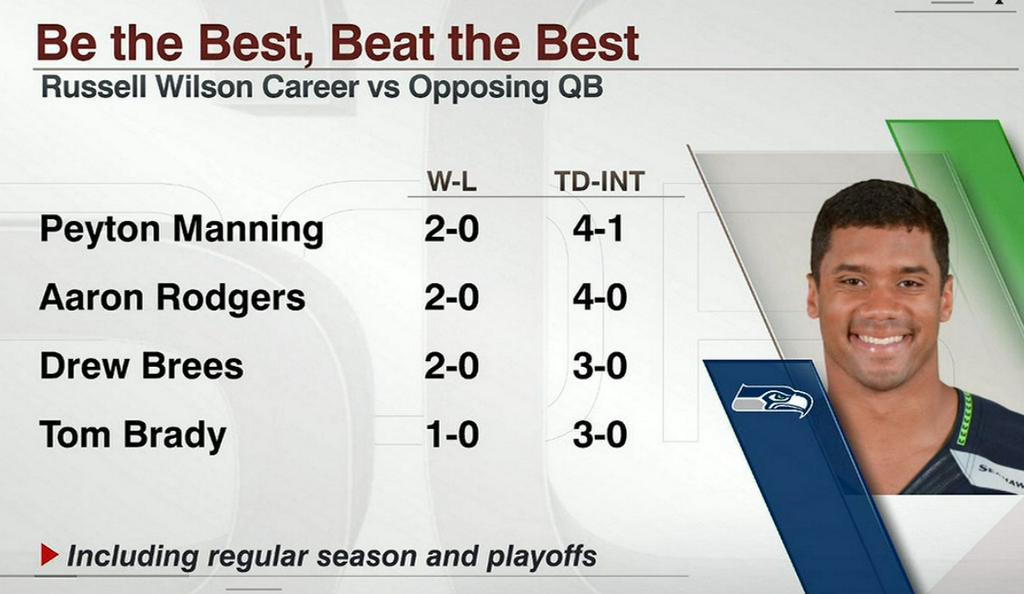 A lot of people like to argue that Russell Wilson isn’t a franchise quarterback, even though he is a Super Bowl Champion. Some will try to argue that Wilson is a barely above average quarterback who plays with more of an advantage at home.

Well, to those people, I say have a look at the graphic that @ESPNNFL Tweeted out this afternoon.

In his career, Wilson is 7-0 with 14 touchdowns and 1 interception against future Hall of Fame quarterbacks Peyton Manning, Aaron Rodgers, Drew Brees and Tom Brady.

That stat is ridiculous and should be dropped on the heads of anyone who tells you that Wilson is average.