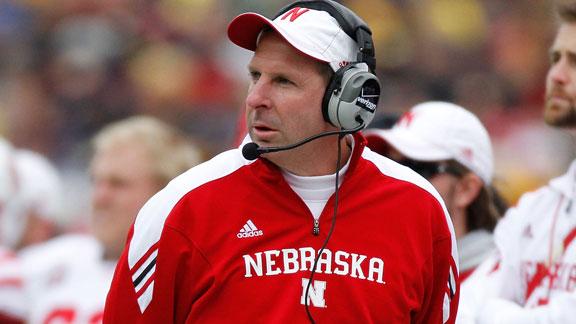 Will Bo Pelini Be The Next Youngstown State Coach?

Will Bo Pelini be the next coach at Youngstown State University? Sounds crazy doesn’t it? Not so fast.

Bo Pelini is from the Mahoning Valley and with Nebraska owing him over $7 million from his buyout, the idea of coming back to coach at Youngstown State has become a real possibility. While most would think this is a step backward — going from an FBS school to an FCS school — it could be looked at as a strategic step forward.

If Bo decides to head to Youngstown State, he can bring the team back to the prominence it once knew during the Jim Tressel era. If he is able to do that, he can use a stint at YSU to help springboard him back into the FBS. Also, he could do it all while staying at the head coaching position and not having to go back to defensive coordinator.

Of course, there is the risk that he comes to YSU and isn’t able to help them restore their winning ways. Then where is he left?

He can see his children graduate from high school in his hometown, presumably at Cardinal Mooney where he went.

Football Scoop reporting that Bo Pelini will be next YSU coach. I’m stunned. A lot of people at Mooney are surprised too.

Not sure how long Bo plans to stay but YSU should be playoff team next year. Talent is there. More (I assume) is coming.

Talked to good source at YSU and they were caught off-guard by this. Source said job has not been officially offered or accepted.

That’s not to say it won’t happen, just that YSU is a little miffed that Football Scoop apparently heard from Pelini source before they did.

At YSU we understand the formal offer is pending; but sources tell us he intends to accept. Announcement likely Thursday

What do you think?

Playing for Bo Pelini.. Never thought I'd say that. Thanking God for that opportunity.

Please follow and like us:
Related ItemsBo PeliniCollege FootballNebraskaYoungstown State University
← Previous Story Report: Johnny Manziel Will Start For The Browns This Week
Next Story → Police Called To J.T. Barrett’s Home For Disturbance With Girlfriend