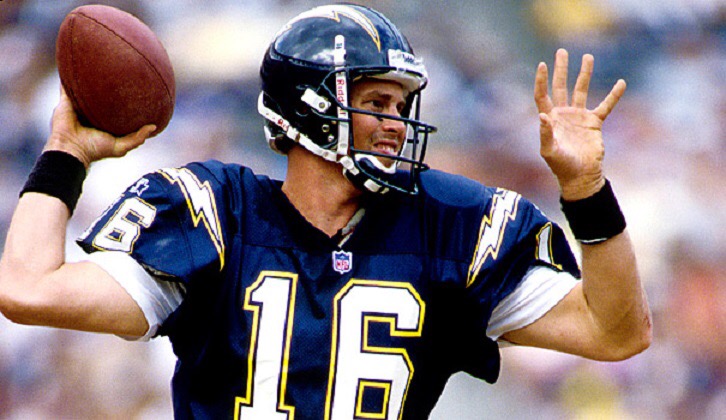 Your Completely Out Of Touch NFL Picks For Week 7

Heyyoo. It’s Friday, so that means it’s time to hit you all with some serious NFL knowledge. I’m joking, of course. I can’t even tell you what teams are in what divisions. Like, for real. It’s a problem I’ve always had. Anyway, without reading an ounce of any scouting report and going by just what I hear on the radio or see in a passing glance on Twitter, I’m going to deliver you my picks that are more solid than the lock on Maid Marian’s chastity belt.

If you get that reference, congratulations. We’re still friends. For those wondering, I’m using Wynn’s odds for the games via VegasInsider.com.

BUT WAIT. It’s actually IN London. WUT? I’m going to go with the unpopular pick here and go with Jacksonville. The Jags will not only COVER, but they will win as well. All this talk about the Jaguars’ traveling schedule and messing up their sleep schedule is bull. They are going to shock everyone.

This is the Rams’ game to lose. The Browns are, at the very least, a dumpster fire right now. They have a headcoach that doesn’t know how timeouts work and an offensive coordinator that is completely ass backwards with his play calling. Oh, and Josh McCown is their quarterback. So, this number could be double and I would still take the Rams all day.

The Kansas City Chiefs are done. What are they? 1-6? Something like that I’m sure. They lost Jamaal Charles for the season and replaced him with – actually, I have no idea who they replaced him with. While the Steelers are starting third string quarterback Landry Jones, all he really has to do is feed Le’Veon Bell. Pittsburgh wins by a field goal.

I’m finally over my HBO Hard Knocks induced alternate universe where I think the Houston Texans will be great. Their bread and butter (read: Defense) even sucks ass. The Dolphins, on the other hand, got an adrenaline shot in the arm in the form of interim head coach Dan Campbell and have all the momemtum swinging their way. Phins win! Phins cover!

F—k you. Seriously? More than a touchdown favorite over the 6-1 (?) Jets? That’s bullshit. I know the Patriots are tough to beat at Gillette Stadium, but this is a rivalry game and the Jets are actually good this year, especially on defense. Pats win, but don’t cover. J-E-T-S!

I didn’t think we were going to get a home dog, but I – like many of their fans this year – had forgotten about the Detroit Lions! But you know what? I’m going with the Lions in the home upset! They will fight back from their 0-5 (?) start to win two straight. It’s called a winning streak. It has happened before. Not in Cleveland, though.

Remember what I said about an inch and half up this page about home dogs? Forget it. The Titans are playing without Marcus Mariota and will never be able to keep up with the Matt Ryan and Julio Jones connection…OR WILL THEY? Zach Mettenberger comes so close to pulling off the Music City Miracle II, but falls short. Titans cover though.

Jameis Winston has now thrown 43 interceptions on the year. Probably. Also, I don’t even know who the quarterback is for the Redskins. This one is a push. But if I had to pick a score it would be 6-3, Redskins.

The Colts looked a lot better on Sunday night against a much more formidable opponent in the Fighting Gronks, but I think four points is too many to give to Drew Brees. Honest moment, I looked to see if the Saints and Colts were in the same division. I was way off. I seriously know nothing.

The Chargers have played pretty well at home this year while the Raiders are the Raiders. Phillip ‘Cry Me A’ Rivers has been delivering too. I found that out after a friend yelled at me for dropping Rivers for Eli. This brings me to my pick. Take the Chargers because Phil is going to spite me every game from here on out.

How wasn’t this the Sunday night game? Oh right, because Matt Cassel is the quarterback for the Cowboys. Remember how I said Phil was going to spite me for dropping him? Well Eli is going to continue to spite me for picking him up. Manning can’t even win as a home favorite. Dallas wins and covers.

Cam Newton is my quarterback. I know I said I picked up Eli and dropped Phil, but they were for insertion during a bye. Luke Kuechly is going to single handedly take this game over. If Sam Bradford plans on bringing a late lunch to this Sunday night matchup, you can guarantee Kuechly will take it from him. Panthers win by at least seven.

Oh how the mighty have fallen. Joe Flacco is an elite quarterback, you see? Terrell Suggs is an elite linebacker, you see? Ray Lewis didn’t kill anyone, you see? No one is drinking your purple Kool-Aid anymore, Baltimore. You lost to the Browns. Ipso facto, you should be double digit underdogs for the rest of the season. Arians and company layeth the smack down and cover easily.

Please follow and like us:
Related ItemsAtheletesBANJOBettingNFL
← Previous Story Derrick Jones, UNLV Put On An Impressive Dunk Contest At Their ‘Runnin’ Rebel Madness’
Next Story → Urban Meyer Made Tom Herman Learn His Offense In An Hour, Then ‘Teach It To Him’