Back Of The Net: Sensible Soccer Management Tips That Will Shoot Your Team To The Top

Ahh, we all love sport. Whether in the arena or the bar, cheering your team on with friends and family is undoubtedly one of the greatest leisure activities. But if there’s only one thing better than watching, it’s playing.

Soccer may not yet rival football, basketball, or baseball. However, there’s no question that is one of the fastest growing sports on U.S soil. The MLS is getting stronger by the year while the USWNT and USMNTs have both performed well on the international stage.

The greatest thing about soccer, however, is that it’s accessible to all. Starting an amateur team is the perfect way to embrace the fun with friends and like-minded locals. But just because your team is amateur, it doesn’t mean you can’t manage the organization in a professional manner. As with the game itself, finding the right tactics will ensure far greater success.

These tips might not guarantee that you win matches. When it comes to enjoyment, though, you’ll be top of the league in no time.

As with anything in life, it’s imperative that you start as you mean to carry on. Therefore, launching your team in the best possible manner is crucial.

The first job is to come up with a name for your team. Even at this early stage, it’s important to make this a team effort. After all, soccer is a team game, and you cannot afford to run a dictatorship. If you are going to make your new club work, it needs to work for everyone involved. 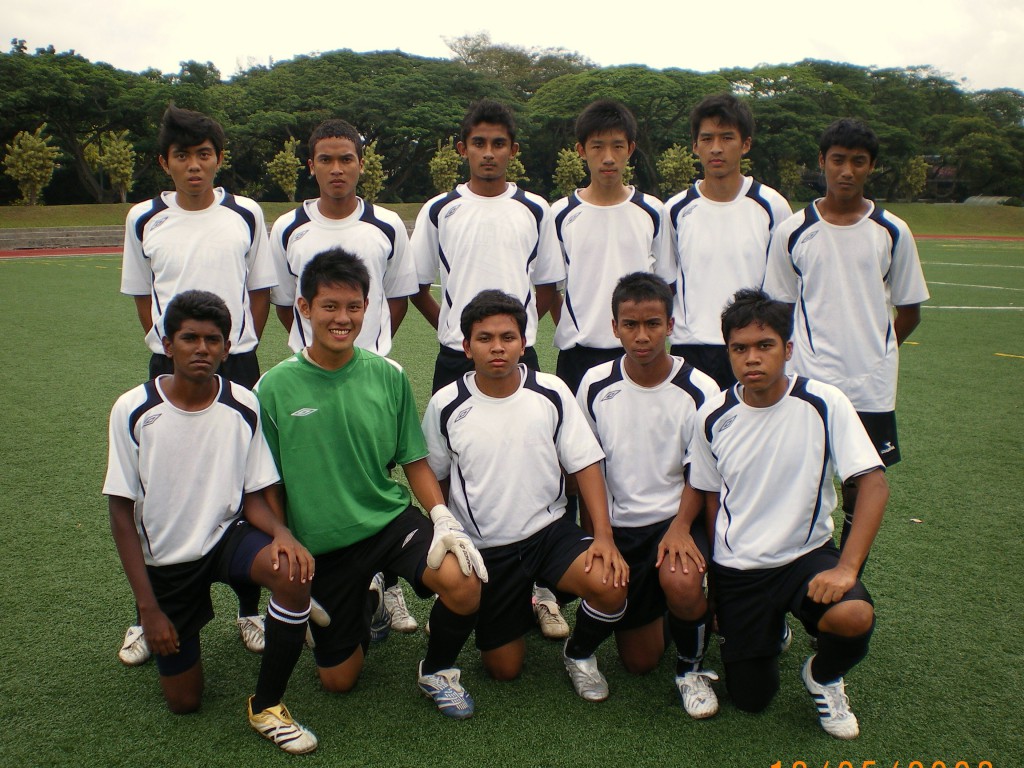 Once the team is formed, you need to think about registering for a local league. You might decide to play a midweek small-sided game. Or you may decide to play a full 11v11 game on the weekends. Either way, signing up to the appropriate local bodies is essential. Likewise, you need your players to sign the necessary forms.

Establishing your soccer team in the right manner will give the entire organization a better platform to build upon.

Your choice between small-sided soccer and 11v11 will have a massive impact on your schedule. But whether it’s weekends or weeknights, it’s imperative that you’ve selected a suitable idea for the whole team. After all, there’s no point in having a team if nobody can make it on matchday.

As an amateur team, you should expect to have the occasional absences. This could be due to a player attending a wedding, going on holiday, or being called into work. Building a bigger squad than is needed is the only way to solve this.

Unfortunately, this does mean that you’ll sometimes need to tell players that they aren’t playing. As the coach, you need to find a balanced way of managing the group. Meanwhile, you cannot charge fringe players the same fees as a regular starter. If you start being unfair, you will lose players and funding.

You will need a pitch too, so remember to hire this as the earliest stage possible. The longer you leave it, the fewer options you’ll have. Let’s face it; your players aren’t going to sign up if the home pitch is 25km away due to your poor organization. Finally, you need to think of a training plan. Some teams may decide against one altogether, which is fine. One way or the other, though, you need to make those decisions at the earliest stage possible.

Registering to play makes it all seem official. However, there are a number of other additions that are required to make playing a reality. First and foremost, you need to think about the team kit. You can buy unique kits from a supplier. But a more cost-effective method is to buy a plain design and use custom made patches to create the team identity. 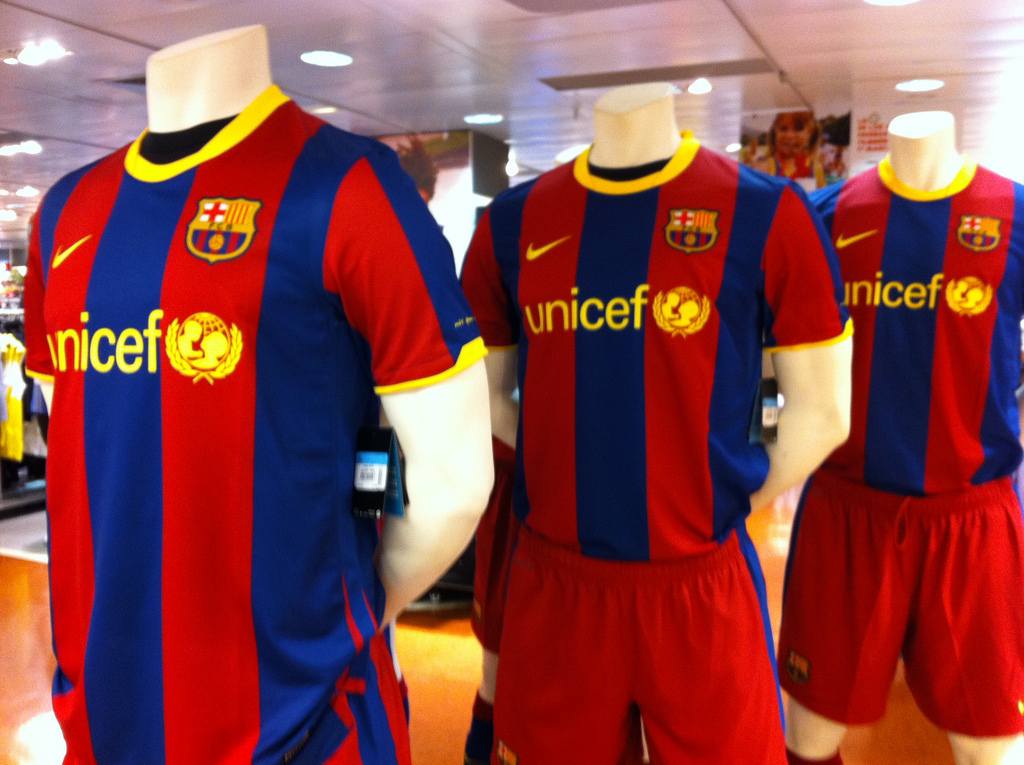 Cleats, shin guards, and other elements should be the responsibility of each player. However, the club should provide the balls, nets, and corner flags. If you are planning to train together as a team, you may need to invest in bibs, training codes, and other aids.

Likewise, you need to ensure that the team has a suitable first aid kit and water. You may want players to bring their own hydration too, but having a small source is a responsibility that you cannot ignore.

Without the essential equipment, your team will never achieve anything. Besides, if the facilities are lacking, the enjoyment will suffer.

Football is a team game, and you need to establish a unity. You might only have a few fans, but designing a club website gives you all a fantastic outlet for important data. Meanwhile, other teams can use it to find details on your location, etc.

Even if you don’t use a club website, the internet is a great way to communicate. Group messages on Facebook or Whatsapp make it easier for you to inform players of vital information. Likewise, it can become the ideal platform for gaining their ideas and input.

Let’s face it; you don’t want running the team to rule your world. With greater communication, organizing the team will become a far easier task. Even if it’s only travel or kit cleaning responsibilities, those elements will not go unnoticed.

Your soccer club isn’t a business, but you need to treat in a professional manner. Apart from anything else, poor communication on the field will spill onto it. You need to maintain a sense of authority as it’s your team. Then again, you need to appreciate that it’s their team too. Find the right balance, and you’ll be sure to score far greater success. 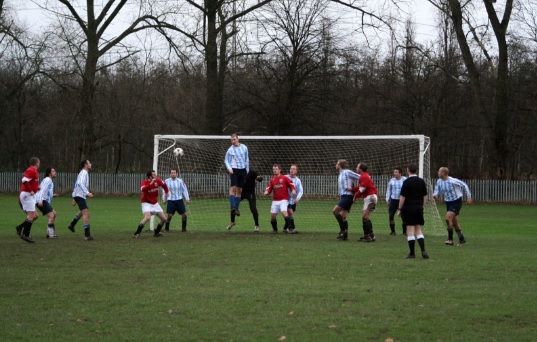 Put The Fun Into Fundraising

Those registrations, kits, and other items will cost money. You’re doing a great thing by starting the team, but you shouldn’t be forced to pay the bill alone. You will want help from your teammates, and that’s another reason why teamwork is such a vital element. However, you can take the financial sting out of running a team further by taking on fundraising tasks.

When you build a team atmosphere, it will be far easier for your club to raise funds. Whether it’s a special fundraising night, or through internal club matters doesn’t matter too much. As sports lovers, you can even embrace those passions in a productive manner. Away from soccer, you can play fantasy football with entry fees going to the club and the winner getting a prize.

Not only will those efforts raise much-needed funds. Perhaps more importantly, it underlines the team collectiveness. Aside from making the sport more enjoyable, good relationships off the pitch should aid team performance on it.

Other fundraising opportunities can include kit sponsors or advertising on your club website.

Ultimately, running an amateur soccer team should be recreational and fun. Nobody expects you to be the next Jurgen Klinsmann, but you still need to show that you’re serious about the task at hand. A little extra education in the field of management is advised.

Taking a soccer coaching course will help you find the winning formula for your team to thrive on the field. Moreover, those qualifications should give you an added sense of authority and confidence on the sideline. Apart from anything else, those transferrable skills can aid you in other aspects of life too.

In truth, if you love the game, this should be a fun activity rather than a chore. There are other ways to increase your knowledge of the game, both tactically and in terms of running a team. Even if it’s just spending more time watching the latest game on ESPN, or playing FIFA 17 on your Xbox doesn’t matter. It’s all good, and those activities can become team building sessions also.

Learning more about the game will increase your success as well as your enjoyment. If that isn’t the calling card of a triumphant amateur coach, I don’t know what is.

Forming your team will take time, money, and effort. But the long-term running shouldn’t require too much effort other than managing the players and maybe replacing the odd ball. In truth, knowing that you’ve started a successful team from scratch will fill you with immense pride. However, nothing can eclipse the joy of getting out there to play.

It may take a few weeks for your players to gel. Likewise, it may take a little time to realize which players perform well in each position. As long as you embrace this learning curve and remember that the enjoyment is paramount, you won’t go wrong.

In truth, most teams find that they perform better in the second season. Your job is to ensure that the team lasts. After all, those efforts will seem a little pointless if the team disbands after just a few months. Once the club feels established, you could look at launching a reserve team or adding children’s teams. Of course, you’ll need additional help to make this a reality, but there’s no better way to improve your community vibe.

For 90 minutes, your team is focused on winning against the other club. In reality, the only people you are competing against is yourselves. You aren’t professionals in the MLS, and this isn’t a case of life and death. Enjoyment is the only result that matters. If you win some matches along the way, that’s just a nice added bonus.